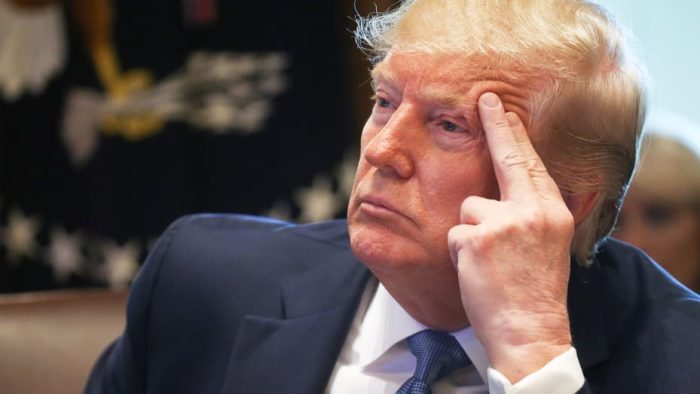 A group of 40 House Democrats have put forward legislation that would bar former President Trump from holding public office again under the 14th Amendment.

Rep. David Cicilline, D-R.I., one of the House Democrats who led the second impeachment effort against Trump, introduced legislation Thursday with 40 Democratic co-sponsors that would invoke Section 3 of the 14th Amendment to prevent Trump from returning to the White House, or holding any other office.

Democrats argue that this language – adopted in the 1860s to prevent former Confederates from occupying positions in the federal government after the Civil War – should be applied to Trump, who they allege incited an insurrection against the United States on Jan. 6, 2021.

“Donald Trump very clearly engaged in an insurrection on January 6, 2021 with the intention of overturning the lawful and fair results of the 2020 election. You don’t get to lead a government you tried to destroy,” Cicilline said in a statement.

“Even [Senate Republican leader] Mitch McConnell admits that Trump bears responsibility, saying on the Senate floor that ‘[t]here’s no question, none, that President Trump is practically and morally responsible for provoking the events of the day,’” he argued. “The 14th Amendment makes clear that based on his past behavior, Donald Trump is disqualified from ever holding federal office again and, under Section 5, Congress has the power to pass legislation to implement this prohibition.”

Democrats say their legislation “details testimony and evidence” collected by the Select Committee on the January 6th riot and reports on the events of that day to make the case that Trump helped to plan and encouraged an insurrection to overturn the lawful results of the 2020 presidential election.

He did not mention his two separate impeachment trials, first for allegedly leveraging U.S. foreign aid to pressure Ukraine to investigate the Biden family, and the second for his role in the Jan. 6 riot, but he did cast himself as a “victim” of the “festering rot and corruption of Washington, D.C.”

Since announcing his third run for the White House, Trump has maintained a relatively low-profile campaign, mostly posting on his social media website Truth Social. He has not appeared at any public campaign events nor traveled outside his home state of Florida.

It is unclear whether Democratic leadership will schedule a vote on Cicilline’s bill before the current legislative session ends. If they do not, the bill will be dead, as Republicans will hold the House majority come January.