Herschel Walker Was Scamming To Get On Georgia Ballot 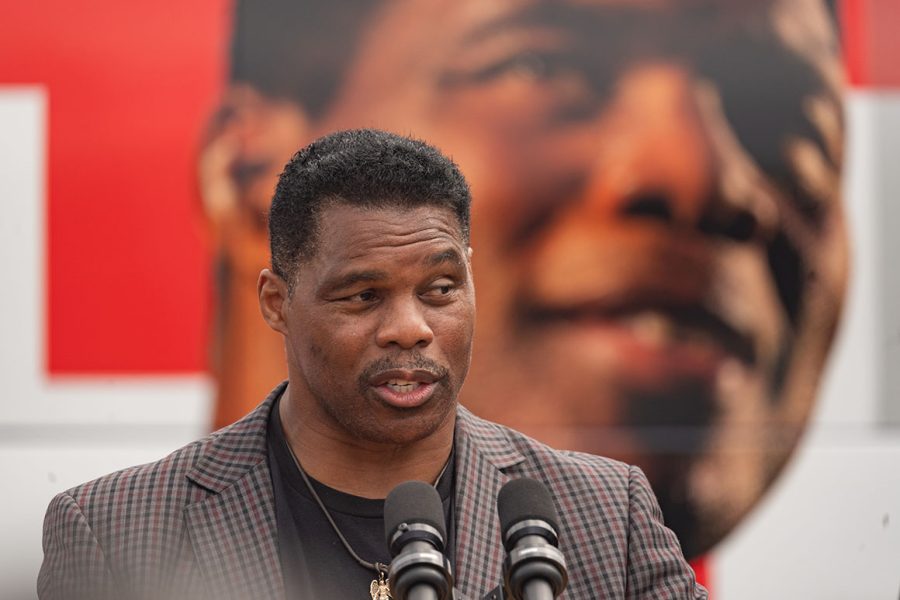 Records show the Senate hopeful—who’s facing fresh questions about his Georgia residency—rented out his Atlanta home just before launching his campaign.

Note to future wannabe politicians. All you have to do to get on a ballot in a state in which you don’t live is to rent out a place there prior to getting on the ballot. You don’t have to really live there, you just have to rent some place in the area in order to qualify.

So understand this: Herschel Walker doesn’t give two fucks for Georgia voters or constituents there. He just rented out a place to be able to qualify for the ballot in Georgia. He actually has his primary home in Texas. And this story below documents the trail of fraud and deceit so far, and its amazing that Walker isn’t in jail by now for all of the scamming going on.

Politics has become the biggest scam around for how criminals can go on committing crimes and get away with it.

You can rob, cheat, rape, lie, pillage, murder, do whatever you want, and it’s all free, no one will bother you, no one will prosecute you for it.

When he launched his campaign for U.S. Senate in Georgia, Herschel Walker claimed his deep roots in the state didn’t end with his days as a football legend at the University of Georgia.

It was widely known at the time that the Republican hopeful had been living in Texas for decades, though he has claimed to maintain a residence in Atlanta for “17 years.” Less widely known, however, was that Walker’s wife collected tens of thousands of dollars in rental income for that residence, according to his 2021 financial disclosure forms.

The house doubled as the Walker campaign’s first official address when he launched his bid in August 2021. Fulton County tax and property records show the home is solely owned by Walker’s wife, Julie Blanchard, who also collected rental income from 2020 and 2021 ranging from $15,000 to $50,000, according to the disclosure—defining the asset as “Georgia residence.”

Blanchard’s company also received a previously unreported $49,997 in COVID relief loans over that same period, at Walker’s Texas address, according to federal data. On one since-revised financial disclosure, Walker claimed the company had generated rental income for Blanchard, suggesting the company had an operational stake in the Atlanta property.

A Walker spokesperson did not reply to The Daily Beast’s request for comment.

The rental income, which was earned between 2020 and 2021, suggests the Walkers had not only not been living in Georgia before his campaign, but hadn’t used the home for anything but a passive cash stream. That further complicates the variegated story that Walker—a Georgia native and former Dallas Cowboy who has lived in Texas since stepping away from the NFL in the 1990s—has told about his relationship to the state he is now vying to represent in Washington.

Residency issues shadowed Walker’s campaign even before he declared his candidacy. He was firmly rooted in Texas when Donald Trump courted him to run against Sen. Raphael Warnock (D-GA) in 2022, and only registered to vote in Georgia days ahead of his official campaign announcement. Since then, however, Walker has played up his upbringing in the small central Georgia town of Wrightsville, along with his football days at UGA.

But as the campaign barrels towards a Dec. 6 runoff battle, questions about Walker’s residency have intensified. Last week, CNN revealed that Walker had filed for a homestead exemption on his Dallas, Texas, residence in both 2021 and 2022, catching him in a hard place between tax law in Texas and election law in Georgia. (Local Atlanta station 11Alive News previously reported he also got the exemption in 2020.)

The exemption netted Walker a $1,500 tax break, but required him to declare his suburban Dallas home as his “principal residence.”

In a September interview from his Atlanta house, however, Walker told the Black-owned outlet Rolling Out that he and his wife had that property for “about 17 years.”

Walker’s name does not appear in the property records for the Atlanta home. And those filings show that his wife has actually owned the home for much longer than 17 years, with her name first appearing in 1998, when her then-husband added her to the deed. She kept the house in her name after their divorce.

In that interview, Walker went on to say he would “hardly ever” stay at that house when he was visiting the state, claiming he didn’t want to “fix it up” every time he came to town.

“What was strange is, I sit on the board of hotels. And so when I’d come back to Atlanta, I hardly ever came back to this house because I’d stay at the hotel because—not that I’m lazy—I didn’t want to clean up,” Walker explained. “You know, you open up a house, you have to fix it up and do all this, and so it’s easier to stay at a hotel and not come to the house. So I said that’s a little better.”

An ex-girlfriend who lived in Atlanta and dated Walker between 2008 and 2011 told The Daily Beast that whenever he came to town, they would either meet at her place or a nearby Marriott hotel. In October, that same ex-girlfriend came forward to say that Walker, an anti-abortion absolutist, had reimbursed her when she aborted their first pregnancy in 2009. He then urged her to have another abortion in 2011, but she chose to have the child.

Federal law does not require Senate candidates to reside in the state they plan to represent until they are elected. But under Georgia law, aspiring candidates must meet certain residency requirements before they can run for office; those conditions include the location of any homestead tax exemption.

While the details surrounding Walker’s official standing with the state are still cloudy, voters may still judge the Republican more harshly for it. For months, Democrats have made the residency issue a focal point in their larger case that the Republican is unfit to represent the state in the Senate.

Still, Walker has managed to stiff-arm the carpetbagger charges, largely thanks to his football heroics at UGA in the early 1980s, whichafforded him almost unparalleled name recognition in Georgia. And in a campaign that has been widely criticized for being light on policy and heavy on scandal, Walker has relied on his fame of yesteryear as a central appeal to voters. He parlayed that celebrity into a narrow loss in the general election against the Democratic incumbent, Warnock, performing well enough to send the contest to a runoff election.

It’s unclear when, or if, Walker met Georgia’s residency requirements for candidates, but his residency in Texas is well-documented.

Walker appears in Tarrant County property records as far back as 1994, which also show his name alongside Blanchard’s on a deed from 2011. That same year—when Walker urged another girlfriend to have an abortion—Playboy reported that he and Blanchard were engaged, though they didn’t get married until March 2021. And when they did get married, state records show, they did it in Texas.

Blanchard has also used their Texas address on federal forms, listing it on campaign donations she made through June 2021—after which she switched to Atlanta, according to Federal Election Commission filings. She used the Texas address again in a contribution from June 1 of this year. (Walker’s personal Facebook page still says he currently lives in Irving, Texas, another Dallas suburb.)

That same address also appears in federal COVID loan data, connected to about $50,000 in forgivable loans to a Delaware company called Consolidated Broker Management. According to Walker’s financial disclosures, Blanchard collects self-employment income from that company, and she identifies herself as CBM’s “president” on her campaign contributions.

CBM collected two COVID loans through the Paycheck Protection Program, according to federal data—one approved in May 2020 for $20,832, and another the following March for $29,165 (as a “food service contractor”). Both loans went to sustain one job, according to records, and they have both been forgiven in full. The company also received a $1,000 federal disaster assistance grant in April 2020.

In Walker’s first candidate financial disclosure, Blanchard also claimed to have earned “rental income” through the same company. However, that item disappeared when Walker submitted an amended filing a few months later, which now showed that his own company, H. Walker Enterprises, had been collecting rent. It’s unclear whether either company has a management stake in any of their homes.

Last year, Georgia election officials cleared Blanchard after an investigation into whether she may have improperly cast a ballot in the state while claiming to reside in Texas.