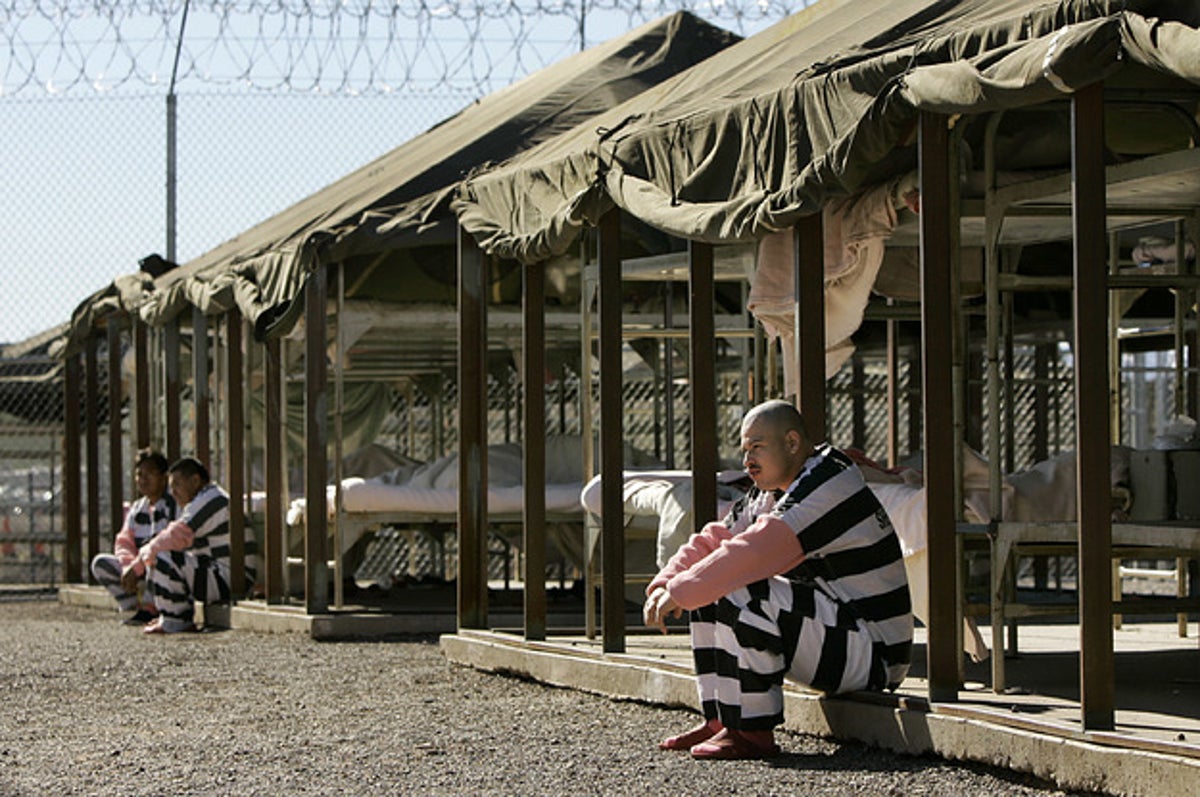 In a twist on the old 1970’s meme of let’s gather a group of people we don’t like or want and send them to an island, this new meme for the 21st century has local governments wanting to move the homeless out to an island in Florida, echoing Trump’s call to move potentially millions of homeless people out to the sticks, away from populated cities where they are considered vermin. And according to Trump, he’ll do it in a day:

So, I assume that Republicans have a master list of millions of people they want relocated. Reminds me of the movie “Escape From The Bronx,” where the Republican real estate developer wanted all the people living in the ghetto of the Bronx moved to enchanting New Mexico.

These types of plans come and go. Back in the early 70’s they wanted to move Black people to an island. Now in Florida the steam is gathering to move homeless people to an island right after Trump said it was time to move all homeless or unwanted people out of the cities to the country, where cheap land plots could be utilized to shelter homeless people in tent cities like Sheriff Joe Arpaio did to inmates in Arizona.

In Florida, they want to move the homeless out to an island and put them in tent cities and also build a few in tiny homes to house the more affluent homeless people. Of course the wealthy people in the area are up in arms over the plan because it will obstruct their view out of their million dollar properties. And they also say beautiful bike trails will be ruined.

I got a better idea, and one which really sounds like a great plan. We’ve got a real problem with Republicans these days. They are crazy as bed bugs, and bed bugs are very hard to eradicate. That being said, I propose that we should gather up the voter rolls and look for every Republican Trump voter there is that voted or will vote for crazy Republicans, then have federal marshals pick them up and put them in old cargo ships and ship them off to the former penal colony of French Guiana.

It’s a great place, and Republicans will do just fine there. I further propose that we put cameras all over the island then run betting pools on who will eat who first. Imagine the games and betting pools that will spring up watching Republicans devour one another in games that will make the Gladiator days in Rome look tame in comparison.

The jobs that would also be created and the amount of money that will be won or lost betting every week on the outcome of who will attain power on the island and who will lose it would be enormous. Just think of it, Republicans being bought and sold on open social media markets, where champions are bought and sold and or duels of conquest are bought and paid for by us, the betting public. It would be a TV ratings smash hit.

Housing would also be cheaper than what commissioners in Florida have proposed:

Our plan won’t cost anything near this plan above. The housing is already there on the island, and we could put them all to work on clearing out weeds and cleaning up the place. They could live on the great vegetation there, and of course the VERMIN, which has pretty much overrun the place, would be a great food source for feeding them their daily requirements for protein and fats and calories.

Just look at that beautiful real estate. The rooms are already built, and one can quickly see how nice the Republicans would have it there. Each Republican would have his or her own room, with great beds to sleep on.

Just look at the luxurious greenery they would have. I am sure they would not be unhappy there at all.

So first things first. A non profit will need to be set up and then funds raised for the shipping costs, of course that would be minimal since we could ship them out on barges for pennies per Republican.

Gathering them all up would be a herculean task of course, but just like rounding up Americans during World War 2 and shipping them off to camps just because they were Japanese, we could do the same thing here, but cheaper. Just because they were Republicans we could use the massive voter lists that show where each Republican voter is, and who they voted for. We could weed out the insane voters who vote for insane candidates like Donald Trump or those he supports, and also all the Q-Anon believers.

The good Republicans (are any actually left?) we could keep in the United States and allow them to rebuild the Republican party back to sanity. The crazy ones we’d ship off to the island immediately just based upon who they voted for.

I think this is the best idea for democracy and America to survive. This is war people, and in order to win we need to get this plan in motion as soon as possible. It’s really the only way. If Trump gets back in, he’ll have a list of enemies that will equal about 80 million people, and he will be executing quickly. I would imagine under his plan everyone not bowing down before him will be shipped off to Russia, where they will be held in indentured sexual servitude for the rest of their lives. So liberals get this plan rolling TODAY. Remember: do it to them before they do it to you…

One thought on “Republicans Want Homeless Moved To The Boonies: Better Idea, Move Republicans Instead”