Media: Steve Bannon Promised ‘Hell’ at Trial, But Punked Out Instead 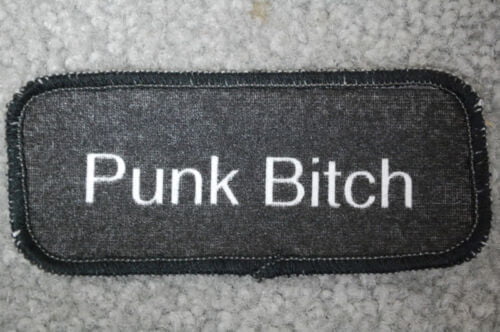 Hell, I said that prior to this story, and along those same lines. At any rate, Bannon showed that he was nothing more than a bag of smelly hot air, and all that big time talk about going medieval and making it the case from hell for the DOJ, ended with nothing short of a crying whimper from Bannon attesting to his refusal to testify about the case on his own behalf. You know, telling the story, the truth he promised everyone would be told, ya know, the show trial from hell that he would make it. Instead he did what many thought he would do, coward out, punk out, be nothing more than someone’s bitch.

And all his talk about ginning up people to attack others is nothing more than bullshit, entertainment if you will, empty threats. In other words, no one will ever again have to worry over what Bannon says to them or threatens to do to them again, because it’s all bullshit. Bannon is officially a punk bitch.

Steve Bannon Promised ‘Hell’ at Trial, But Punked Out Instead

Rightwing media personality Steve Bannon, on trial for ghosting Congress, was a no-show on the witness stand Thursday and passed on even putting up a defense—a lame end for the guy who promised to make his criminal case the “misdemeanor from hell” for the U.S. government.

On Thursday morning, Bannon’s defense lawyers told a federal judge they would present no defense—nothing at all—to try to convince jurors that he wasn’t somehow guilty of ignoring a congressional subpoena. The Jan. 6 Committee subpoenaed Bannon last fall demanding that he turn over documents and testify about his role in trying to help former President Donald Trump overturn the 2020 election results as well as the part he played in beating the proverbial war drums in the run-up to the 2021 attack on the U.S. Capitol building.

“You are not intending to put on any evidence to the jury?” asked U.S. District Judge Carl J. Nichols.

“Correct,” said David Schoen, an attorney on Bannon’s team. “We’re not putting on a defense case.”

What the Justice Department insisted would be a remarkably short trial has instead stretched nearly all this week, as prosecutors charged forward while Bannon’s defense lawyers used every opportunity to slow it down.

Jury selection was an annoying slog on Monday and Tuesday, as Bannon’s lawyers sought whatever juror they could who didn’t already have strong feelings about the fiery media personality who’s made it a personal mission to dismantle government, start a nationalist “gladiator” school in Italy, and worked on former President Donald Trump’s election campaign and White House.

1 of 8 Photos in Gallery©Kevin Dietsch/Getty Images

Just as his fashion choice defied the July heat in Washington, DC, jury selection commenced in spite of Bannon’s last-ditch attempts to delay the trial in light of the publicity surrounding the House committee investigating the January 6, 2021, attack.

Bannon has pledged to make his case the “misdemeanor from hell” for the Biden administration, and as his trial neared, he vowed on his podcast to go “medieval.” But Bannon now is virtually defenseless following a string of pre-trial rulings that limited arguments his lawyers had hoped to raise.

The jurors ultimately seated for Bannon’s case will hand down the verdict, but a broader cast — including lawyers, an FBI agent, and a veteran of former President Donald Trump’s impeachment defense team — will shape the closely-watched proceedings. Here are the key players to watch.

On Wednesday, the Justice Department called just two witnesses—a committee lawyer and an FBI agent—who could simply recount how Bannon never turned over records or showed up to testify. Meanwhile, his defense lawyers subjected both witnesses to a dizzying array of seemingly aimless questions about who exactly wrote the Jan. 6 Committee’s official letters to Bannon and tried to raise suspicions over the fact that a prosecutor and the committee lawyer are both members of a book club.

Thursday morning went even more slowly, as Bannon’s lawyers raised several legal arguments that the judge had previously knocked down. Jurors spent most of the day outside of the courtroom, where Schoen repeatedly explained that Bannon didn’t have to testify because, as a one-time Trump White House official, he was protected by executive privilege. Schoen remained steadfast that Bannon could no longer be accused of “willful default” and the entire case should be thrown out. However, his arguments appeared to be in vain, given that the judge had previously noted that Bannon was an ex-official, Trump was no longer president, and the Supreme Court has already refused to grant Trump any semblance of executive privilege in this regard.

On Thursday afternoon, Bannon’s defense lawyers made a last-ditch effort to get the entire case tossed out, once again fighting to drag the chairman of the Jan. 6 Committee, Rep. Bennie Thompson (D-MS), into court to testify at trial. The defense lawyers also argued, again, that the dates in the subpoena were “malleable,” pointing to the way that the committee has rescheduled meetings with some willing and helpful witnesses. But prosecutors were emphatic that the issue had already been covered at trial, when the committee lawyer who testified, Kristin Amerling, made clear that Bannon was supposed to turn over documents by Oct. 7 2021 and testify on Oct. 14, 2021—but simply decided to be a no-show.

Shortly after 2p.m., with the jurors outside of the courtroom, Schoen read aloud a statement laying out why he fellow defense attorney Evan Corcoran advised Bannon to forgo testifying at his own trial.

“He has wanted to testify publicly in this case under oath… exactly what the true facts of the case are. However, on the advice of counsel, he has decided not to testify because he understands he would be barred in telling the true facts,” Schoen said. “At all times, he believed what the law was requiring him to do.”

The judge responded by speaking directly to Bannon, asking him to personally attest that he was making this decision “knowingly and intentionally.”

“Yes, your honor,” Bannon said, marking the first and only time he’s spoken at his own trial.