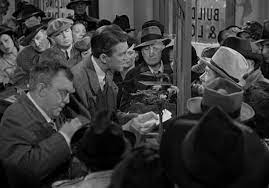 As per reports, tanks were rolled out to protect the banks and prevent locals from reaching them. This comes in the wake of an announcement by the Henan branch of the Bank of China that the savings of depositors in their branch are ‘investment products’ and cannot be withdrawn

Talk about oops, we got some corruption going on at the bank in China.. Now depositors are told they can’t withdraw the funds they put in because those deposits were meant as investments, and as such, I assume that those investments went south, along with some nice living for the banks executives.

In China, the elites can get away with anything. Much like in the USA, the elites or uber wealthy are able to do whatever they want to do, and no crime is off limits for them. For the honest every day folks out there, they have to follow the law and toe the line. Fail to appear for a traffic violation long ago and boom, your’e going to jail pal. Fail to pay that old hospital bill, in some states you’re going to jail over it. Jaywalk downtown, hey, your’e getting a big ticket with a big fine attached to it, and better pay now and keep that receipt, because you never know who might just forget about it in the system, and then some bench warrant is issued over it.

But back to China, hey, banks, institutions, no matter, can get away with anything. And if you challenge the system the China, tanks are coming out, they don’t play around there. You challenge the system in China and you will end up either dead or whisked away to some re-education camp or worse, your entire family will be suddenly lost in the system. Maybe they’ll end up playing some squid game, but for sure you challenge anything in China and your ass belongs to them.

In a grim reminder of the 1989 Tiananmen Square Massacre, armoured tanks were seen deployed on the streets of China amidst large-scale protests by people demanding the release of their savings frozen by banks.

The country’s Henan province has been for the past several weeks witnessing clashes between police and depositors with the latter saying they have been prevented from withdrawing their savings from banks since April this year.

Fresh videos have surfaced online in which Chinese Peoples Liberation Army (PLA’s) tanks can be seen deployed on the streets to scare protestors. Large-scale protests are being held in the province by bank depositors over the release of their frozen funds.

As per the reports the tanks were out on the streets to protect the banks and prevent locals from reaching the banks. The episode comes in the wake of an announcement by the Henan branch of the Bank of China that savings of depositors in their branch are “investment products” and cannot be withdrawn.

This incident is now posing a serious question if the history is set to repeat itself.

This is a grim reminder of China’s repressive crackdown of 4 June, 1989, Tiananmen Square massacre, which was carried out when Chinese leaders sent in tanks and heavily armed troops to clear Beijing’s Tiananmen Square, where student protesters had gathered for weeks to demand democracy and greater freedoms.

The crackdown, which killed hundreds, if not thousands, of unarmed protesters, is shunned in classrooms and strictly censored in the media and online.

On the 33rd anniversary of the Tiananmen Square crackdown, the world recalled the courage of the famous Tank Man who stood firm in front of an army, the image of which led to becoming one of the symbols of 20th century.

After a protest in Henan’s capital, Zhengzhou, turned violent, authorities say they will start releasing money in batches to to depositors who have had their funds frozen by several rural banks, with the first due on 15 July. Only a handful of depositors have received the payments, posing a serious question on whether banks have anything to spare.

As per a notice issued by Henan Provincial Financial Supervision Bureau, some bank depositors in Henan villages and towns were supposed to get their deposits back on 15 July.

However, non-mainstream media believe that only a few handfuls of depositors have made these payments. Chinese state media has also not posted anything about the repayment.

Non-mainstream Hong Kong media also believes that at such a time when stability is emphasized most and stability is in Chinese President Xi Jinping’s interest, allowing such incidents to get bigger (such as the Zhengzhou bank protests) shows that these banks really do not have money to spare, at least not until the issues are resolved.

A good chunk of revenue for the local governments comes from leasing land, especially to real estate developers and since so many projects are lying unfinished, many construction companies have not bought land again, affecting the local government’s revenue.

Meanwhile, a video was circulated online a few days ago in which Beijing’s Tsinghua University professor Zheng Yuhuang said that 2022 is a difficult year for China — 4,60,000 companies in
China closed down in the first half of 2022, and 3.1 million industrial and commercial households were written off, enterprise liquidation soared 23 per cent year on year, 10.76 million college graduates have entered the society, with great employment pressure, and 80 million young people are unemployed.

As per the media reports, the reason why the suspension of loan repayment by homebuyers is not being dealt with immediately is that except for those senior officials directly in charge of urban construction and real estate, almost every successful real estate developer is the white glove of some of the other powerful family of the Chinese Communist Party (CPC) elite, just like Evergrande’s (one of the largest property developers in China) Xu Jiayin, and Zeng Qinghong’s (CCP politician) niece Zeng Baobao directly engages in real estate to make money.

Ordinary real estate developers also have to bribe government officials at all levels in exchange for their development. If the top leaders of the CPC want to investigate the corruption in unfinished buildings and real estate, they may have to de facto use the knife inwards.

During the large-scale protests in Henan province by bank depositors over the release of frozen funds, white-clothed men, who are suspected to be from the Chinese People’s Armed Police Force, suppressed the protests in front of the Zhengzhou People’s Bank of China (PBoC) office, local media reported.

Over 1,000 depositors had gathered outside the Zhengzhou branch of the country’s central bank on 10 July, 2022 to launch their largest protest yet. Hundreds of depositors have staged several demonstrations in the city of Zhengzhou, the provincial capital of Henan, but their demands are being ignored by the Chinese authorities.