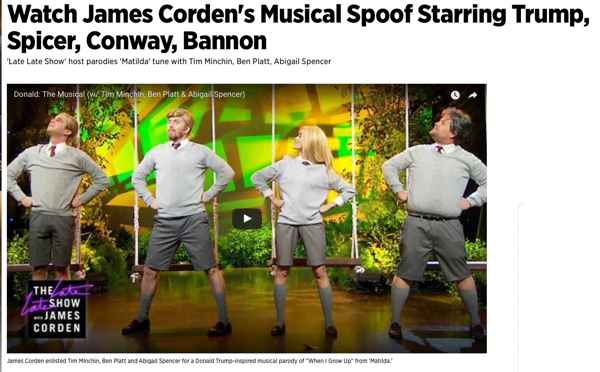 “James Corden imagined the horrific ambitions of President Donald Trump and his administration in a parody of Matilda’s “When I Grow Up” on The Late Late Show Monday.”

March 23, 2017 – Jon Blistein of RS has a piece up about James Corden’s Musical Spoof Starring Trump, Spicer, Conway, Bannon, and it is hilarious. Read the full RS article below with a video of it.