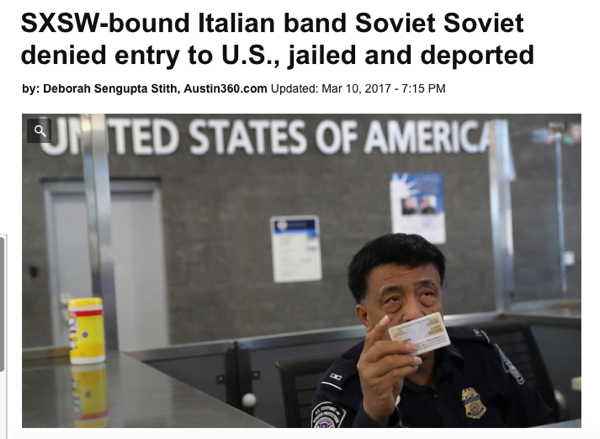 From KIRO7.com: “SEATTLE – Italian rock band Soviet Soviet was scheduled to perform next week at the South by Southwest Music Festival, but according to a statement from the band posted on Facebook, they were forced to cancel their festival appearances and a few other promotional appearances when they were denied entry to the United States, detained and deported Wednesday.”