Trump on polls: ‘There’s something phony’ 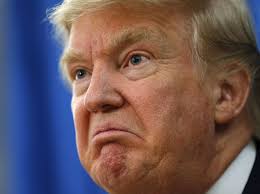 While laying into the mainstream media on Tuesday for its coverage of his campaign, Donald Trump paid special attention to CNN and “phony” polls showing him losing to Hillary Clinton.

The cable network released its latest poll conducted by ORC International on Monday, with Clinton holding a 9-point lead in a head-to-head matchup with the Republican nominee after the Democratic National Convention last week.

Trump, speaking at a campaign event in Ashburn, Virginia, noted that a recent Los Angeles Times/USC poll showed him ahead of Clinton. That poll, an online panel survey conducted between last Tuesday and Monday, had Trump up 2 points.

“I see one from CNN where we’re down,” Trump said, in reference to the CNN/ORC poll, in which he trails Clinton by 8 points when third-party candidates Gary Johnson and Jill Stein are included.

Trump, who in late June tweeted that he no longer watched CNN, told the crowd that he indeed watches the network, adding, “They are so negative, all day long.”