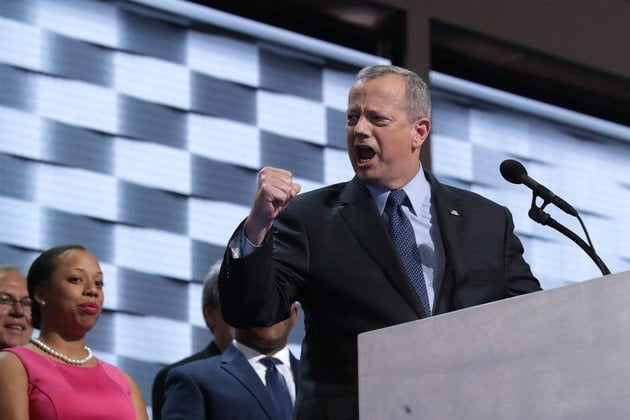 Retired Marine Gen. John Allen warned on Sunday that if Donald Trump were elected president, there would be mass unrest among the military rank and file over the policies that he would implement and pursue.

“I think we would be facing a civil military crisis, the like of which we’ve not seen in this country before,” he said.

The retired four-star general, who served as commander of the International Security Assistance Force in Afghanistan, was a featured speaker at theDemocratic National Convention. And for that, Trump derided him as a failure.

Appearing on ABC’s “This Week,” Allen was asked about these attacks ― which he brushed off by noting that Trump had never served a day in his life ― and also how the lower ranks would react to Trump’s orders to reinstitute policies like torture, the targeted murdering of the family members of alleged terrorists, and the carpet-bombing of ISIS.

“You know, from the moment that those of us who are commissioned ― and of course all of our enlisted troops as well ― assume the mantle of our responsibility in uniform, when we swear an oath to support and defend the Constitution, which is a document and a set of principles and it supports the rule of law, one of those is to ensure that we do not obey illegal orders,” he responded.

“It’s an inherent responsibility in who we are. And so what we need to do is ensure that we don’t create an environment that puts us on a track conceivably where the United States military finds itself in a civil military crisis with a commander in chief who would have us do illegal things,” he added. “That’s a major issue that we’re facing here, the potential for a civil military crisis where the military could be ordered to conduct illegal activities.”

Editor’s note: Donald Trump regularly incites political violence and is a serial liar, rampant xenophobe, racist, misogynist and birther who has repeatedly pledged to ban all Muslims ― 1.6 billion members of an entire religion ― from entering the U.S.