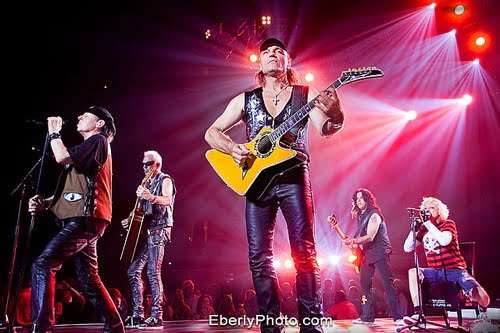 AUG 21, 2015 – European mega-band Scorpions has pulled out of a show in Russian-occupied Sevastopol, a city within Crimea. The Scorpions avoided Crimea during their recent Jubilee tour, and this is a continuing protest against Putin and his aggression towards Ukraine. EuroMaidenPress.com states that Scorpions manager Vladimir Khryunov said in a letter to the event coordinator, “Unfortunately, this is a doubtful territory and we will probably not go. There will be no Scorpions.” Ironically, the show was going to be called “Winds of Change”. Watch the Scorpions perform “Winds of Change” in a YouTube video below.  (photo credit: Jaymz Eberly/CC)