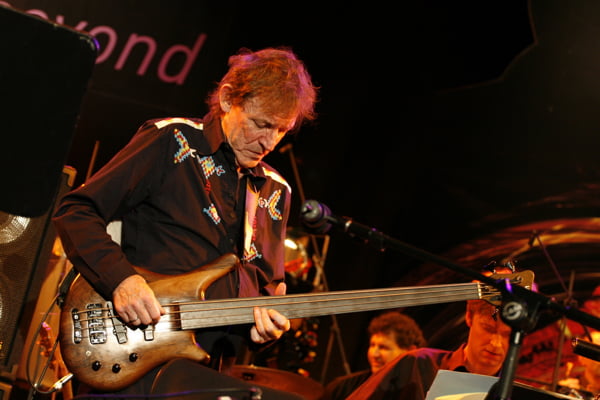 OCT 27, 2014 – The music world and JTMP are mourning over the loss of a music legend, bassist Jack Bruce. Jack was of course known for 1/3 of the revolutionary and groundbreaking music from the group Cream, along with Ginger Baker on drums and Slowhand, Eric Clapton, on guitar. In 1966 Eric and Ginger Baker were considering forming a band, and Eric insisted that Ginger Baker hire Jack Bruce as bassist, whom Ginger had worked with before but had a volatile relationship including sabotaging each other’s instruments. The 2 “buried the hatchet” and stuck it out some, but Baker eventually fired and drove away Bruce. Cream’s career certainly did not span decades like some bands such as the Rolling Stones, only 2 years and 4 studio albums, but they left a HUGE mark on music history and to some helped launch the “British Invasion” of English bands breaking into America and shaping the unique musical culture of the 1960s. Jack Bruce was a very talented musician, and could play many different instruments such as the guitar, bass, harmonica, piano, sing and write. Listen to a unique track from Cream that features Jack Bruce almost exclusively, and features Bruce on acoustic guitar, cello and vocals, called “As You Said” from the Wheels of Fire album from wilson mcphert on YouTube below.