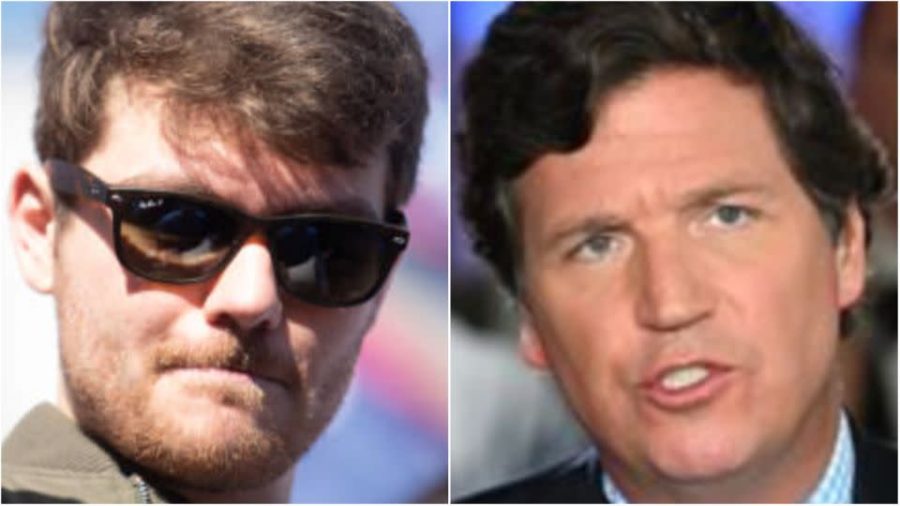 This is a great mashup that the daily show did showing how Nick Fuentes, the white nationalist, has the same vibe as what Fox News Host Tucker Carlson puts out.

Even though he is getting (mostly) broad condemnation, White Supremacist Nick Fuentes is almost certainly enjoying his moment in the media spotlight following his scandalous dinner at Mar-a-Lago with former President Donald Trump and Kanye West.

Editors at The Daily Show put together a mash-up Wednesday that almost certainly pleases Fuentes because it not only gives him more attention but also suggests that the racist and hateful rhetoric isn’t that far off from some opinion programming one sees on Fox News prime time, in particular, host Tucker Carlson.

Fox News largely ignored the controversial dinner between the former president and notorious anti-semite and White Supremacist, which raised questions about why they would opt not to cover such a massive political story. The Daily Show mash-up above suggests at least one answer: to cover (and condemn) Fuentes opens them up to condemn some of the similar rhetoric coming from their 8 PM host.