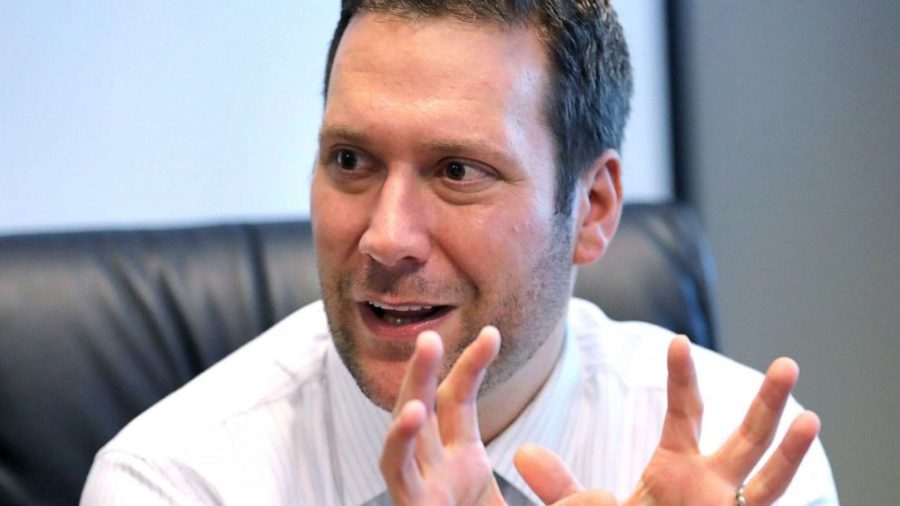 Oh, I remember a year ago when many said Matt Gaetz was a goner in about a week after Greenberg ratted him out. Of course that never happened. It’s a lot like Michael Cohen, Trump’s former attorney, he went to jail while Trump skated for what Cohen did for him. What will happen now with Greenberg or Gaetz in the future is anyone’s guess.

The DOJ with their “no one is above the law” bullshit hangs in the balance. Let’s just say at present, some are above the law, even with Garland’s pronouncements to the contrary about the DOJ following the law wherever it may lead yada yada yada bullshit.

Joel Greenberg agreed to cooperate with the probe into Rep. Gaetz, sources said.

Joel Greenberg, a former Florida tax collector who sources say agreed to cooperate in the federal probe into his one-time close associate, Rep. Matt Gaetz, was sentenced Thursday to 11 years in prison after pleading guilty to crimes ranging from wire fraud to sex trafficking a minor.

Greenberg pleaded guilty last May to six of the 33 federal charges he was facing, including charges of stalking, identity theft, wire fraud, and conspiracy to bribe a public official, as well as one charge of sex trafficking.

The case grabbed national attention in the spring of 2021 after news broke that the investigation into Greenberg, a Seminole County tax collector, had, according to multiple sources, erupted into a sprawling federal probe that included whether Gaetz, his close friend, had had sex with a minor who he met through Greenberg.

Gaetz has long maintained his innocence and has vehemently denied any wrongdoing.

In September of this year, The Washington Post reported that career prosecutors had recommended against charging the Florida congressman with sex trafficking. During a subsequent interview with Fox News’ Sean Hannity, Gaetz said he didn’t know any more about the case than what’s been in the media, adding that “I continue to proclaim my innocence.”

Multiple sources familiar with the probe told ABC News that the investigation into Gaetz has stalled, with federal investigators having concerns regarding multiple key witnesses in the case, including Greenberg — as well as specifics in the case that could make a conviction difficult for prosecutors.

Ahead of Thursday’s sentencing, Greenberg’s attorney, Fritz Scheller, issued a veiled criticism of the Justice Department’s inaction against other individuals whom his client has implicated as part of his cooperation.

“If the Government is so concerned with general deterrence, then why hasn’t it prosecuted the other individuals, including public figures, who were also involved in Greenberg’s offenses?” Schiller wrote in a memo filed ahead of his client’s sentencing. “Perhaps the DOJ are master strategists far beyond the capabilities of the undersigned. Or perhaps the DOJ is like Nero fiddling away as Rome burns.”

Greenberg — who served as Seminole County tax collector for just over three years — was initially charged in 2020 with over 30 counts that included defrauding the Seminole County Tax Office out of hundreds of thousands of dollars through schemes ranging from buying sports memorabilia and cryptocurrency to paying women he met on a self-described “sugar daddy” website using the office credit card.

Greenberg reached a plea deal with investigators in May 2021 in which he agreed to provide “substantial assistance” to prosecutors as part of their ongoing investigation into Gaetz and others, according to sources familiar with the arrangement. The former tax collector provided investigators with years of Venmo and Cash App transactions and thousands of photos and videos, as well as access to personal social media accounts.

Greenberg’s cooperation led to probes of two dozen individuals, including eight people being investigated for sex crimes, seven for public cooperation, and 10 for election fraud, according to his attorney.

Four individuals have been indicted in part due to Greenberg’s cooperation, and Scheller said two additional new indictments related to crimes stemming from fraudulent COVID relief loans were expected in the coming months.

At a pre-sentencing hearing on Wednesday, both the prosecution and Greenberg’s defense attorneys recommended to U.S. District Judge Gregory Presnell that Greenberg be sentenced to between 9.25 and 11 years in prison, per federal sentencing guidelines. But Presnell signaled Wednesday that he was considering a harsher sentence for Greenberg, citing concerns about stacking the multiple, wide-ranging charges together.

“We don’t have related crimes,” Presnell said, noting that “there is no precedent” for the range of crimes Greenberg pled guilty to committing.