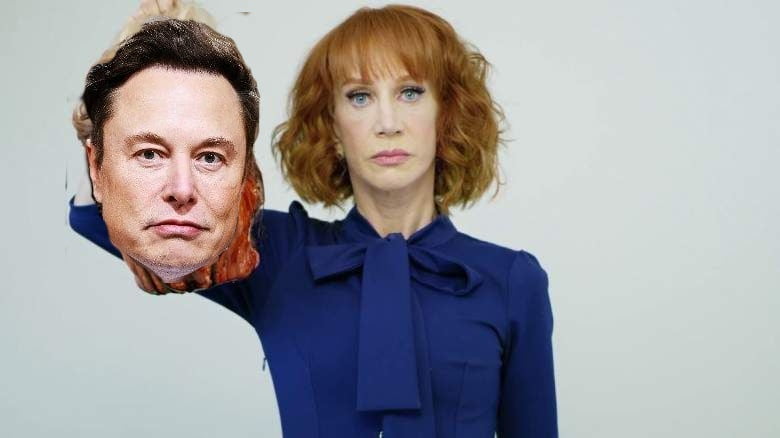 Elon Musk is trending on Twitter at the hashtag #PoorElon. Primarily because Valerie Bertinelli and a few other women decided to make fun of him by asking others to change their twitter handles to Elon Musk. Once it started trending, Elon got pretty upset and decided to lash out at the comedy by telling people he will perma-ban any accounts not designated as parody accounts. In other words, he killed the comedy, which of course made him look extremely bad. If you can’t take people parodying you, then your free speech platform idea is totally a fraud.

Musk has for months made a promise that his takeover of Twitter would ensure free speech, and as soon as people started exercising that free speech, he started banning everyone from exercising it, showing that he wasn’t there for free speech to begin with. It was all lies.

Of course this ended up trending into a #poorelon feed that is now trending on Musk’s own platform.

If you can’t be a steward of your company, then no matter how much money you have, you are pretty much dead in the water. Advertisers have fled the platform in recent days, and now Elon Musk is claiming that he should sue those advertisers to force them to advertise on his platform, which is lubricous to begin with. You can’t force people to advertise on your platform. But now he’s responding to a notorious nutbag Tom Fitton from Judicial Watch, who claims that he can sue those activists going after advertisers for tortious interference, which is total bullshit. But that didn’t stop Musk from tweeting it out.

It’s been a real shit show at Twitter the last few days, with Musk melting down on several occasions. Some of those he fired, some 4000 people, have now been asked to come back because Elon can’t seem to manage the company without them. Most however are refusing to come back unless they are paid massive sums of money, adding to more woes from Musk about how the platform is not working after he fired everyone.

Musk can’t seem to handle the load that Twitter has without them, but because he came in and got rid of all the key players in a rage firing, people are now laughing that he suddenly wants them back, but few have actually been interested in coming back to work for him.

Poor Elon, can’t handle the heat in the kitchen, and is now left to lash out at everyone, even parody accounts of him, because the simple fact is no one gives two fucks for him or any ultra rich guy who doesn’t know the first thing about corporate stewardship. Add to it, that when women start laughing at you, it never turns out so good for the men being laughed at, Musk included.

Elon Musk has had a very busy week at Twitter. He’s fired half of his employees, told the remaining staff they can no longer work remotely, told his most active users they’ll have to pay a subscription fee, and lashed out at advertisers.

The latter comes after he tweeted on Friday that Twitter has seen a “massive drop in revenue,” as more advertisers decide to sit out what can only be described as a tumultuous transition. It’s worth noting that digital advertising spend has slowed more broadly as the economy enters its own uncertain future. Also, the whole thing does feel like an effort to deflect attention from the whole mass layoff thing.

Later, however, Musk tweeted again about advertisers. This time, it came in response to a suggestion that he “name and shame” those who have paused their advertising in what Musk says is an attempt to “destroy free speech in America.” /

“A thermonuclear name & shame is exactly what will happen if this continues,” Musk tweeted.

Aside from the fact that feels a little dramatic, it’s worth noting that Musk is referring to companies he wants to give him money. Attacking companies who have decided to stop paying for ads on your platform until they see how things shake out seems like a bad approach. It doesn’t usually endear them to you. It also doesn’t make other companies feel like you’re a safe bet.

For advertisers, that might be the most important thing. The entire reason they have paused their spending on Twitter ads is that they want to make sure they aren’t going to pay for ads that will suddenly start showing up next to racist or violent content. They want to know that the entire thing isn’t going to devolve into an even bigger cesspool than it has been in the past.

Musk hasn’t done anything to give them any reassurance that it won’t. Instead, he just keeps following his ‘management by chaos’ style. He thinks it works for him, but advertisers want certainty and brand safety.

It’s also true that not every advertiser is likely to pull back its spend for the same reason. It’s not really surprising that General Motors, which competes with one of the other companies Musk runs–Tesla–might not be interested in funding Twitter, which has long been his primary way of marketing the world’s largest electric vehicle maker.

Or, perhaps advertisers are a little uneasy about the fact that all of the people they are familiar with at Twitter have quit or been fired. Relationships matter. Right now, almost none of them have any meaningful relationship with Musk or any of the people in charge. It shouldn’t come as a surprise that they might want to step back and see what’s going to happen. It’s also possible they just don’t want to be associated in proximity with the fact Twitter just laid off almost 4,000 employees.

No one argues that turning Twitter into a profitable and sustainable business is going to be a huge challenge. That would be true under the very best of circumstances. That Musk is trying to do it under less than ideal circumstances is entirely of his own making. He is not the victim here.

He is the wealthiest man in the world who decided to buy Twitter out of a flight of fancy, offering far more than its worth. Then, he signed his name to an agreement that he tried very hard to get out of. Now, after realizing that he wasn’t going to get out of this mistake, he’s trying to figure out what to do with his very expensive new toy.

He has almost $1 billion worth of debt to service each year. So far, Musk’s plans to make up the difference seem to involve charging users a subscription fee and cutting expenses.

Ultimately, the best way for Musk to solve this problem is for Twitter to attract new users. It’s still the smallest of the major social media platforms. It has roughly 250 million active users, compared with more than 2 billion for Facebook or Instagram. More users means more advertisers who will pay more to reach those users. He needs those advertisers to come back, something that isn’t likely if he’s spending this much energy to attack them.

It seems to me the best way to do that is to, you know, make the product better. Make it more enjoyable to use. Make it less divisive.

It’s all actually a very interesting lesson in how you respond to adversity and challenges–especially the ones you bring on yourself. Emotional intelligence, they say, is the ability to recognize and manage your emotional response to whatever is happening. People with high emotional intelligence don’t react emotionally, but have the self-awareness to evaluate their emotional response and change their behavior to reach a desired outcome.

That’s not at all what Musk is doing. Instead, he’s throwing a fit because he thinks the advertisers he desperately needs are making his job harder. Except, in reality, Musk made this harder all on his own. A real emotionally intelligent response would be to recognize that maybe, just maybe, that’s the real problem. Unfortunately, that doesn’t seem likely, and it’s probably his biggest flaw.