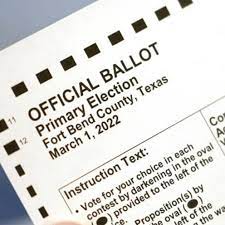 The MSNBC host shows how Republican-controlled legislatures are enabling right-wing talking points attempting to undermine the results of the election.

Republican figures are already complaining that it takes too long for some states to tally the vote and using that to cast doubt on election results.

But MSNBC’s Mehdi Hasan shows how one group in particular is to blame in many cases: Republican lawmakers.

Today, his allies are echoing that talking point even before the election itself.

Hasan said the main reason it can take days or longer to count all the votes in some swing states is that “Republican lawmakers in those states have made sure that’s the case.”

GOP-controlled legislatures in several states won’t allow election officials to even open mail-in and absentee ballots before Election Day, which can slow the process dramatically.

“It doesn’t have to be this way,” Hasan said, noting that many red and blue states alike allow votes to be opened and processed ahead of time.

But GOP lawmakers in key states are “blocking it, while moaning about election integrity,” he said. They publicly complain about the process, yet work behind the scenes to ensure it remains slow and cumbersome.

“That’s not just dishonest on their part,” he said. “It’s straight-up gaslighting.”

See his full explanation below: