Republicans Are Bad for the Economy, Here’s Why 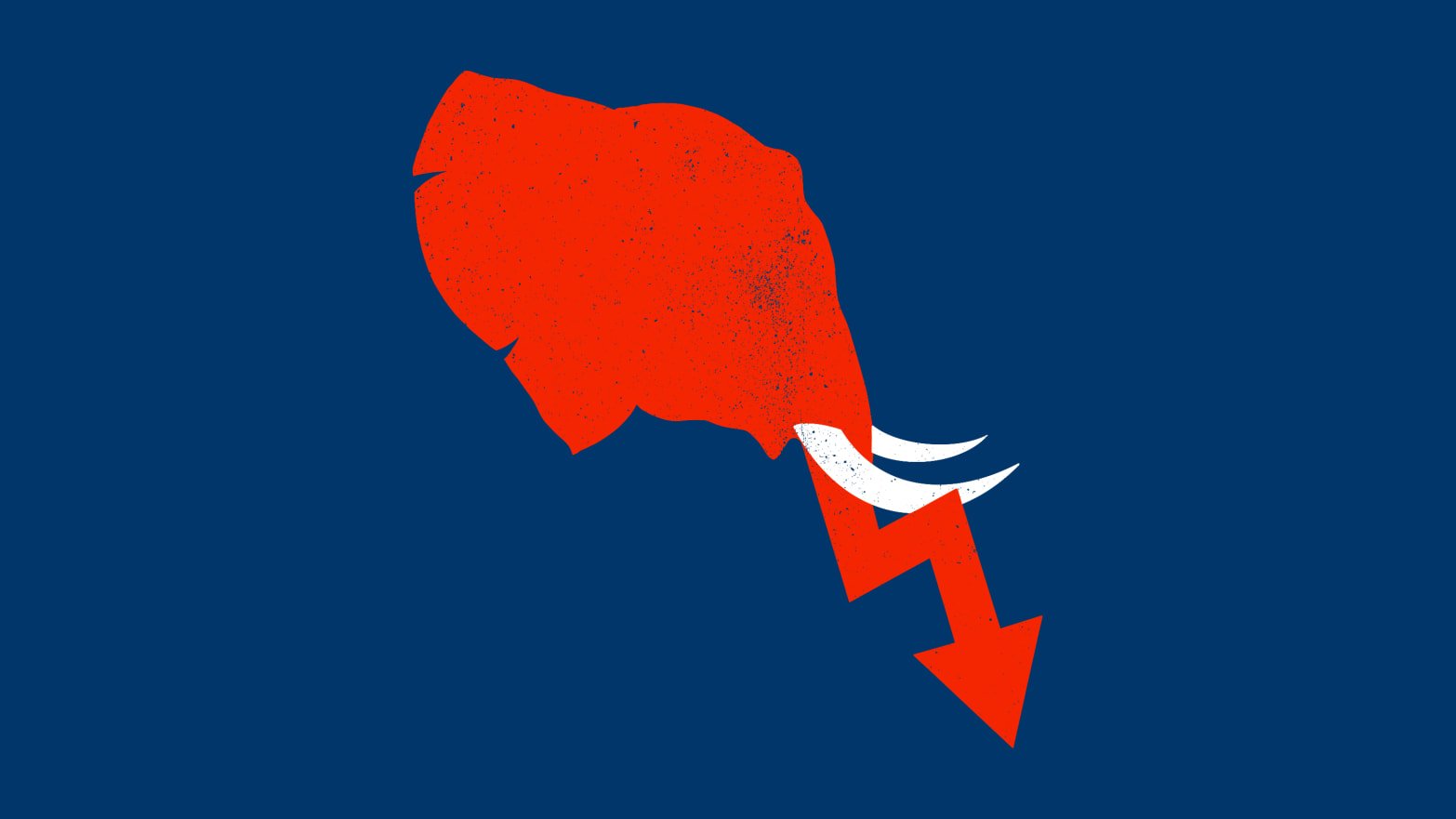 Because they love to kill their voters (covid, 1 million dead), they love to give tax breaks to the rich, and they want your social security and medicare to end. They don’t give a fuck about the people in the United States. They only care about raw naked power and licking the shit stains of their corporate donors. There, I said it, and I’d say it again if I had to..

According to a wave of recent polls, the economy is the dominant issue on the minds of Americans going into next week’s elections.

A recent Pew poll concluded nearly eight in 10 voters said the economy will be “very important” to their voting decisions. Another such poll, by ABC News and Ipsos, showed that almost half of respondents cited either the economy or inflation as the issue about which they were most concerned. The poll indicated that concerns about the economy and inflation are “much more likely to drive voters towards Republicans.”

But that impulse is not only ill-considered, every bit of available evidence makes clear that the GOP is the wrong party to which to turn if you seek better U.S. economic performance in the future.

In fact, it is not close. When it comes to the economy, the GOP is the problem and not the solution. If anything, it is a greater obstacle to our economic well-being today than it has ever been.

At the same time, the economic record of President Joe Biden and the Democrats is not just consistent—in creating jobs, reducing the deficit, and enhancing our competitiveness—during the past two years their record has been one of extraordinary, often record-breaking success.

History tells a very stark tale. Ten of the last 11 recessions began under Republicans. The one that started under former President Donald Trump and the current GOP leadership was the worst since the Great Depression–and while perhaps any president presiding over a pandemic might have seen the economy suffer, Trump’s gross mismanagement of COVID-19 clearly and greatly deepened the problems the U.S. economy faced. Meanwhile, historically, Democratic administrations have overseen recoveries from those Republican lows. During the seven decades before Trump, real GDP growth averaged just over 2.5 percent under Republicans and a little more than 4.3 percent under Democrats.

Republicans have also historically presided over huge expansions in the U.S. deficit, while Democrats (since Bill Clinton’s administration) have overseen dramatic deficit reduction. Ronald Reagan more than doubled the deficit from $70 billion to more than $175 billion. George H.W. Bush nearly doubled that to $290 billion. Clinton ended his administration with a $128.2 billion surplus.

George W. Bush inherited that… and left office with a record deficit of more than $1.4 trillion. Obama reduced that by very nearly $1 trillion. Each of Donald Trump’s last two years in office saw federal budgets with deficits of over $3 trillion. In fact, in total, the national debt rose almost $8 trillion during Trump’s time in office. According to ProPublica, it was the third biggest such increase in U.S. history—after George W. Bush and Abraham Lincoln during the Civil War years.

What about job creation?

The U.S. lost jobs under Trump and created relatively few under George W. Bush. Of the 14 presidents since World War II, seven were Democrats and seven were Republican. Of the seven with the highest job creation rates, six were Democrats. Of the seven with the lowest job creation rates, six were Republicans.

What about now? Biden and the current Democratic Congress have created more jobs than the past three Republican administrations combined.

The job creation rate in 2021 was the most ever in a single year. GDP growth in 2021 was the highest since 1984. This year, the unemployment rate fell to 3.5 percent, its lowest level in 50 years. As part of that, we are seeing record low unemployment for Blacks and Latinos.

Rising prices are a real problem for many Americans. But the origins of inflation have very little to do with the Biden administration or the Congress. Inflation is a global problem that is related, according to economists, primarily to supply chain problems associated with COVID, Vladimir Putin’s escalation of the war in Ukraine, and corporate profiteering.

What makes the Republican focus on this issue so shockingly hypocritical is that Trump’s mismanagement of the COVID crisis, his support for Putin, and Republicans’ protection of Big Oil (and big businesses) actually helped create the conditions that have driven prices up. Further, Republicans unanimously opposed every single measure by the Biden administration to reduce prices and help those hit by inflation—including the landmark Inflation Reduction Act’s efforts to lower drug costs and to help those hardest hit.

Meanwhile, the U.S. just reported stronger than expected growth in the last quarter and the price of gasoline, an oft-cited sign of inflation, has been falling for months.

At the same time, a substantial majority within the GOP have sought to block virtually every single new economic measure proposed or passed by Biden and the Democratic Congress. That includes the America Recovery Act that lifted millions out of poverty and drove job creation, the Chips and Science Act to enhance competitiveness, and even the so-called “Bipartisan Infrastructure Bill” which garnered the support of fewer than half of the GOP caucus in the Senate.

You might assume that if the GOP opposed these initiatives but were critical of what Biden was doing, that they had alternative plans that they have presented to the American people. But, you would be wrong. In fact, Senate Minority Leader Mitch McConnell has bragged that he would not even discuss his agenda until after the election. They have no inflation plan. And the plans they’ve said they admire—like that of the United Kingdom’s prime minister-for-a-second Liz Truss—have been a catastrophe.

The last time the Republicans were in charge, during the Trump years, they passed precisely one significant piece of economic legislation, a tax cut that benefited the very rich at the expense of everyone else and, as we have established, helped explode the federal budget deficit.

Republicans are just plain bad at managing the economy. They have been for as long as anyone who is alive can remember. And they continue to be—although they are achieving previously unattained new levels of cynicism and obstructionism that make the current crowd of Republicans look even worse than their very unsuccessful predecessors.

History and data make it clear that Democrats are good for the economy—while Republicans, especially the current Republicans in Congress, are not.

Up next for the Republicans are plans to cut Medicare and social security, plans to increase costs for average Americans on a wide variety of fronts, and they’re even contemplating reducing support for Ukraine—at a critical moment in its war to defend its democracy and stop the Russian aggression that threatens not only them, but the West.

Republicans have done a great job fooling voters into thinking that their simplistic economic philosophies of tax cuts and minimal regulation are “good for business.” But facts, history, and logic show otherwise.

If you care about the economy, want to fight inflation, want to create jobs, want a better life for your family, want to preserve democracy, and want to defend your fundamental rights, then you should vote for the Democrats.