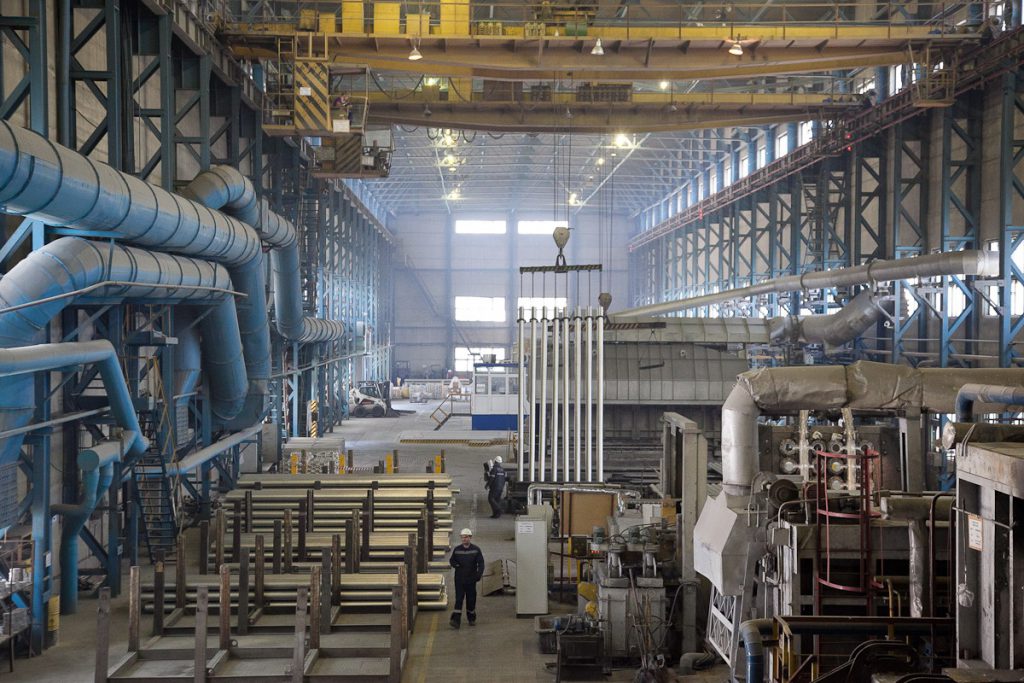 Wait, all these sanctions and we are still buying shit from Russia? How about quit weighing on things, quit thinking on things, and just DO IT. Why do we need to wait or think or ponder what we should do? Russia is a terrorist country. If this were Iran or the old days in Iraq, we’d have already shoved them under the bus on ALL things. Not just some, not just half, BUT ALL things.

The Biden administration is considering a complete ban on Russian aluminum — long shielded from sanctions due to its importance in everything from automobiles and skyscrapers to iPhones — in response to Russia’s military escalation in Ukraine.

The White House is eyeing three options: an outright ban, increasing tariffs to levels so punitive they would impose an effective ban, or sanctioning the company that produces the nation’s metal, United Co. Rusal International PJSC, according to people familiar with the decision-making.

SIGN UP FOR THE AFRICA, EUROPE & MIDDLE EAST DIGEST

Such a move would have wide-reaching repercussions for the globally traded aluminum market, potentially forcing consumers in the US and other countries into a rush to find replacement metal.

Russia is the world’s second-largest producer after China of aluminum, which is crucial to most heavy industries. In the US alone, Russian supplies traditionally account for some 10% of total aluminum imports, with data showing Russia was the third-largest exporter to the US in August.

The ban is being considered in response to Russia’s missile attacks on Kyiv and other Ukrainian cities this week that damaged key infrastructure and civilian sites.

The White House and Commerce Department did not immediately respond to requests for comment.

The administration at the beginning of the war held off sanctioning Russian aluminum, fearing it could disrupt global suppliers, people familiar with the matter said at the time. But with the ongoing war now in its eighth month, there are fewer products left for the US and Ukraine’s allies to ban in response to Russia’s escalations. The discussion by the White House has been ongoing for weeks.

Rusal and other Russian companies have said a ban would destabilize metal markets around the globe.

The debate within the metals industry over how to address Russian supplies has intensified in recent weeks.

The London Metal Exchange, the largest industrial metals exchange in the world, last week launched a discussion paper to determine if the Russian metal should be banned from the bourse.

Alcoa Corp., the largest US aluminum producer, last month sent a letter to the London Metal Exchange that it shouldn’t allow trading of the Russian metal, raising fears it could be dumped to suppress global prices.