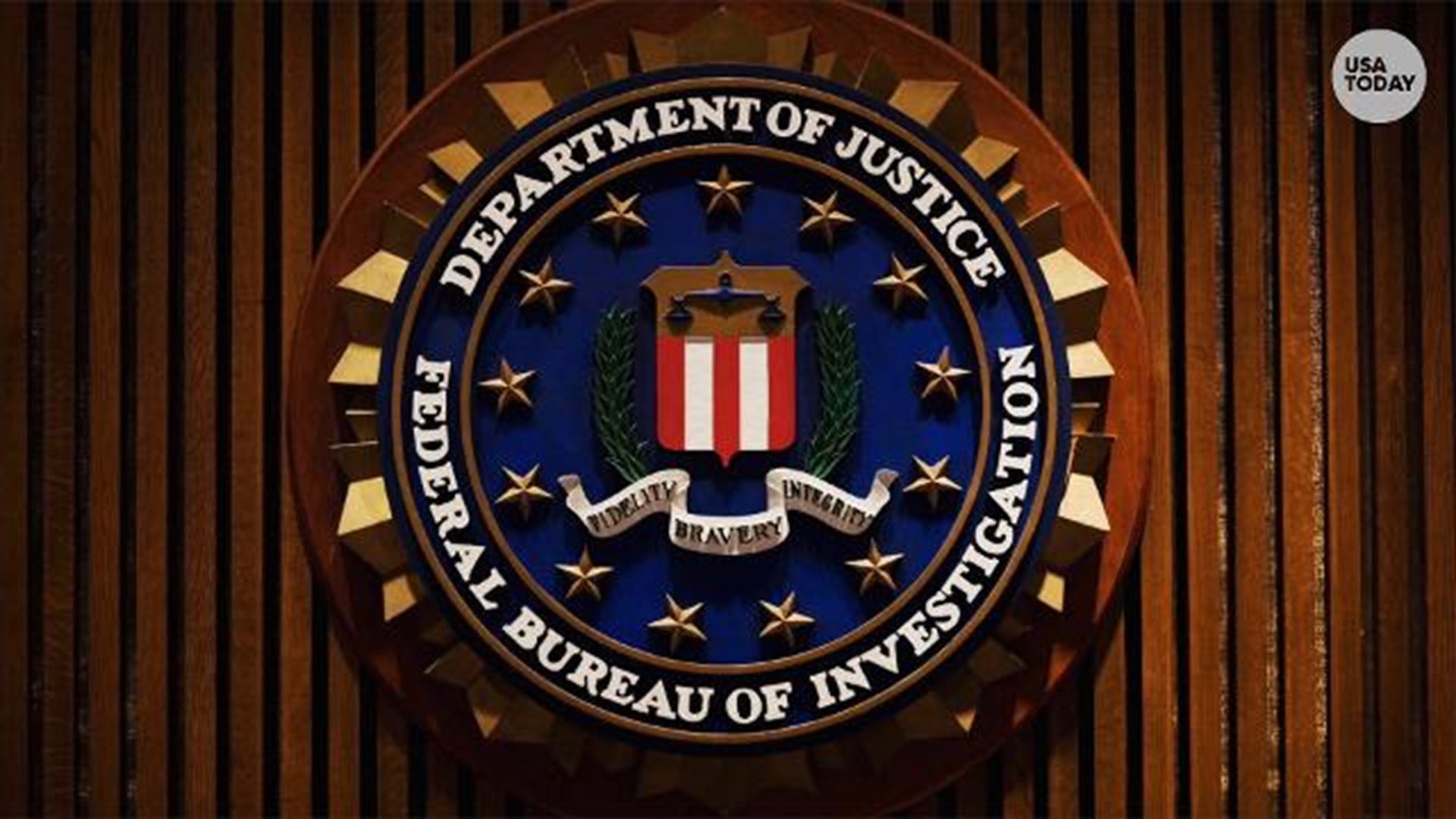 Time to lay this all out. You threaten the FBI or any Law Enforcement for that matter, you go straight to jail, no pass go, no collect two hundred dollars. Not only that, you go for 20 fucking years, no parole, no pardons, no bullshit vacation resort minimum custody lockups where you can cry and whine about how Trump or your mental condition at the time put you there. You go to hard core high security lockup doing hard time and no way out for 20 years.

Right now keyboard commandos are in full gear online in many social media channels (Telegram, Reddit etc) busting balls and making threats to hang shoot or otherwise kill FBI agents because of their raid on a traitorous piece of fucking shit named Trump to recover the secrets of the temple that Trump stole. If you continue to back Trump after that then you are as much a piece of living shit as Trump is, and I hope you meet a miserable end one day for your support of traitors to the United States.

After FBI agents searched former President Donald Trump’s Mar-a-Lago club looking for evidence of multiple federal crimes and documents Trump was never supposed to have in his private possession, some of Trump’s supporters struck a striking, but familiar, refrain: It’s time to kill government officials.

Research shared with The Daily Beast by the Advance Democracy Institute fills in some of the landscape of what the FBI has characterized as an “unprecedented” threat environment, a reaction to what some legal experts consider the most serious legal threat facing the former president.

Immediately after the news of the Aug. 8 search broke, pro-Trump online message boards began to light up with graphic violent threats, some of them targeting specific FBI agents after their names were revealed in right-wing news reports.

They haven’t stopped. And Trump hasn’t tried to stop them, despite acknowledging that he believes he has influence to help turn down the temperature.

In fact, far from quelling the tension, Trump sees the situation as an expression of justified frustration, according to two advisers, and he has further inflamed the agitation by repeatedly criticizing the search and even calling for a new election.

The research from ADI—a non-partisan, non-profit organization that conducts public-interest research and investigations—pulls from posts and comments on the pro-Trump “patriots.win” and other “.win” web forums, popular hangouts for MAGA extremists plotting the Jan. 6 insurrection.

For weeks, users on these platforms have been calling for hangings and executions of federal agents, while floating routine references to touchstones of anti-government violence like the Ruby Ridge standoff and Oklahoma City bombing.

The data also shows these threats cropping up in response to incendiary criticism from elected officials and right-wing personalities. They also share a rhetorical and demographic nexus with the Jan. 6 riot, with some regular contributors appearing to have previously identified themselves as participants in the insurrection—including one who claimed to have entered the Capitol.

“All people need to do is just send one message by killing every one of those agents that stepped foot there,” one user wrote on Aug. 8, the day of the search.

The comment was in reply to a post titled “BREAKING: MAR-A-LAGO HAS BEEN RAIDED BY THE FBI TRUMP SAYS,” which was created about 10 minutes after Trump confirmed the search on his Truth Social account. The forum moderators eventually pinned this post to the top of the homepage, where it drew more than 6,300 votes and 2,600 comments.

“Feds need [to be] hanged for treason,” another person commented. “Or we or our children will be slaves. They’re forcing it down this path.”

On the same post, another user called for “lynch mobs in every city at the special agent in charge of your local FBI office at their personal homes.”

“Don’t go to DC again it’s their federal city. Make their minions across the country fold and the talking heads in Washington will lose their power,” the person added.

Two days after that comment, on Aug. 11, a Trump supporter armed with an AR-15 and wearing body armor attempted to attack the FBI’s Cincinnati field office. He was later killed during a standoff with agents in a cornfield.

The Cincinnati attack was preceded by warnings about the spike in threats—but in the .win world, that gave birth to more threats. Some users, suspecting the feds were monitoring the message boards, addressed them directly.

“I hope if the faggot FBI is reading this page they understand that after they are dismantled, every single one of them, including the fucking janitor is going to face a firing squad with their families in attendance who will be forced to watch,” one user wrote, commenting on the first popular Mar-a-Lago post mentioned above. “No mercy for these sub human [sic] pieces of trash who have betrayed the country.”

Inside the Right’s Obsession With the Trump Raid Judge

The day of the attack, one user created a post titled, “Everyone in FBI involved is complicit in Overthrow of Our Republic and must face the Guillotine!” It got more than 600 “upvotes” and 19 comments, mostly agreeing with the user—or suspecting the person was a liberal reporter.

“Good I hope he killed a lot of them. Every FBI agent should be unceremoniously executed and fed to livestock,” one user wrote in response to a popular post about the attack. Another user replied, “I agree with you. Guy is a hero.”

Users also called on allies to target FBI officials by name, including Trump-appointed FBI Director Christopher Wray—who issued a warning after the Aug. 11 attack—as well as the special agents outed in early right-wing media reports about the search.

“When we’re in power we need to go after not just the FBI, but every employee including their families,” another user wrote, responding to an article about Attorney General Merrick Garland’s Aug. 12 press conference. “They are not Americans. They are not eve[n] people.”

Asked for comment, the FBI provided The Daily Beast a statement expressing solidarity with law enforcement, and condemning the threats as “reprehensible and dangerous.”

“The FBI is always concerned about violence and threats of violence to law enforcement, including the men and women of the FBI. We work closely with our law enforcement partners to assess and respond to such threats, which are reprehensible and dangerous,” the statement said. “As always, we would like to remind members of the public that if they observe anything suspicious to report it to law enforcement immediately.”

Biden: I Had ‘Zero’ Advance Notice of FBI’s Mar-a-Lago Raid

Trump has made noises about doing his part to rein in the threats. He even reportedly reached out to Garland minutes before that Aug. 12 press conference to ask what he, the former president, could do to “reduce the heat”—a remarkable gesture, considering Trump’s current potential criminal and civil exposure for his influence over the Jan. 6 attack.

But two advisers who have spoken with Trump in recent days told The Daily Beast that the former president, in their respective conversations, isn’t critical of the threats his own followers are making against law enforcement agents.

One of the advisers acknowledged that Trump sees these threats as “justified frustration” at an “unjust” search. The second adviser said Trump identifies with his supporters’ anger at the agency’s “overkill” and “overreach.”

“He has neither condoned nor compelled the reaction against the FBI,” the adviser told The Daily Beast, insisting that Trump remains the “most pro-law enforcement president in United States history.”

The Daily Beast asked Trump spokesperson Liz Harrington how the former president feels about the FBI’s handling of the search and his hand-picked director, Wray. We also asked for Trump’s reaction to some of the specific threats reviewed in this article.

In a 138-word statement, Harrington told The Daily Beast that “President Trump has always had the back of law enforcement, stands against all vile threats, and does not condone violence.”

Harrington then pivoted to associate a number of Democratic leaders with specific acts of violence, but did not reply to a follow-up about how Trump felt about the specific violence associated with his case.

Harrington added that, “Corrupt leadership at the FBI have behaved outrageously, illegally, and unconstitutionally” in their investigations of Trump, which she dismissed as political. The statement characterized the judge-authorized search as “the most recent abuse of power” and an “unAmerican raid of his private home.”

“In response, contrary to the narrative pushed by the media, the people—Republican, Democrat, and Independent alike—are coming together peacefully, and are growing more unified every day,” the statement concluded, a contrast to recent rhetoric from Trump’s own allies, as well as to the content reviewed in this article.

In response to a post showcasing a Gosar tweet in which he called the FBI the “enemy of the American People,” a patriot.win user commented, “Defund…decapitate….” And after Paul suggested FBI agents planted evidence at Mar-a-Lago, a user commented, “Their crimes have been tried via public, hard, evidence. Hang these fucks for treason.”

Below a popular post on Aug. 12—quoting Bannon calling the FBI “pure evil” and predicting they would be “liquidated”—a user commented, “Not merely liquidated. Executed for treason.” Another wrote, “If only we had Timothy McVeigh to drive the truck.”

On Aug. 10, a user posted that Bongino had “just said we’re being monitored here by the F.B.!.” on his podcast. In response, users wrote “Hang yourself, traitors,” “They need a noose in their traitorous lives,” and “the fbi and the illegitimate government are the domestic enemies” who “need to be afraid of us because judgement day is coming.”

The synchronous threats recall the online environment in the lead-up to Jan. 6. Notably, the .win message boards played a role there, as well, with users openly planning violence, according to a previous Advance Democracy report. The backlash to the Mar-a-Lago warrant was so instinctive and unified among a subset of MAGA Republicans, that some extremist watchers see it as a hallmark of Trumpism—“a violent fairytale of revenge on political enemies,” as NBC News’ Ben Collins said this week. And some of those Jan. 6 attendees, according to the new research, appear to be leading online calls for anti-government violence today.

But the patriot.win moderators dismiss concerns about the rhetoric, and say they can tell real threats from “bullshit.” They also warn users that reporters are lurking on the boards, watching the comments. (Collins was targeted by name in a number of threats.)

One moderator tagged a note to the first Mar-a-Lago discussion, claiming that “we’ve never (ever!) had a violent incident” attributed to a user, and reminding others to “as usual” report “true violent threats.”

“Finally, only say what you mean,” the note concludes. “Don’t get yourself in shit for saying something you’ve never considered backing up with action.”