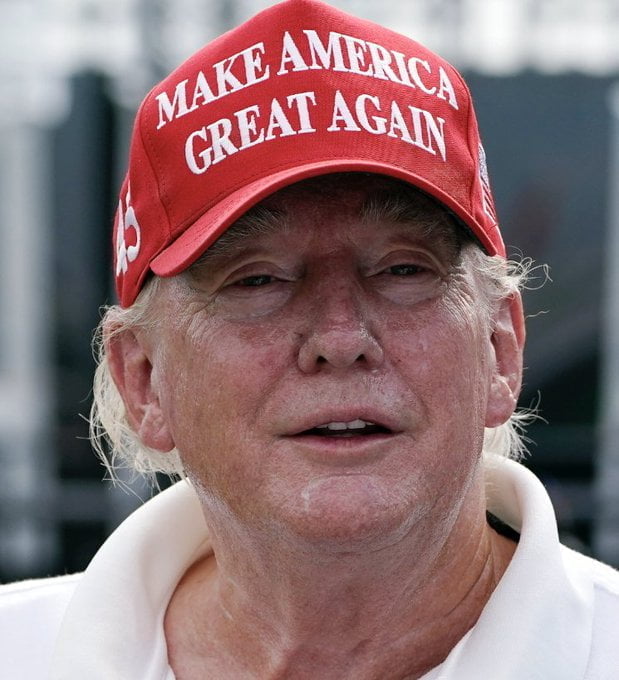 That’s right Edna, Trump is a greedy pandering scumbag. He will bend over to anyone who will give him money, up to and including those who were responsible for 9/11. It’s like if Trump voted Timothy McVeigh man of the year or gave him a congressional medal of honor for the Oklahoma Bombing. This is Trump, this is what MAGA really is. Its desecration of victims of 9/11. So next time you see a MAGA on the street, remind him or her that their leader supports those responsible for 9/11 and not the victims. Never forget 9/11, even if Trump chooses to pander to those who were responsible for it for the love of money.

Former President Donald Trump told ESPN that “nobody’s gotten to the bottom of 9/11” as he defended his decision to host the Saudi-backed LIV Golf series at his Bedminster course.

Trump defended his decision as he faces outrage from the families of 9/11 victims. He told ESPN the tournament’s Saudi sponsors “have been friends of mine for a long time.” He boosted the series as an “alternative” to the PGA, saying “nobody would’ve ever known there was gonna be a gold rush like this.”

The LIV Golf series has been broadly condemned because of its backing from Saudi Arabia’s Public Investment Fund — overseen by Crown Prince Mohammed bin Salman — and those involved in the tournament have been accused of turning a blind eye to the country’s human rights abuses. Trump will be playing in the Bedminster event as he continues his fight with the PGA, though the event has drawn outrage from families who lost their loved ones on 9/11.

At one point, Trump was asked what he has to say to the 9/11 families protesting the LIV event.

The September 11, 2001 terror attacks were carried out by 19 al-Qaeda terrorists, most of whom were from Saudi Arabia, and the FBI has established points of contact between Saudi officials and the attackers. The Saudi Arabian government has denied involvement in the attack, though Trump has held them responsible for 9/11 in the past.

The Wall Street Journal also recently asked Trump for his response to 9/11 families asking him to cancel the LIV tournament.

Trump also remarked that the outrage toward Saudi Arabia over the death of Jamal Khashoggi — likely on Salman’s orders — “seems to have totally died down.”