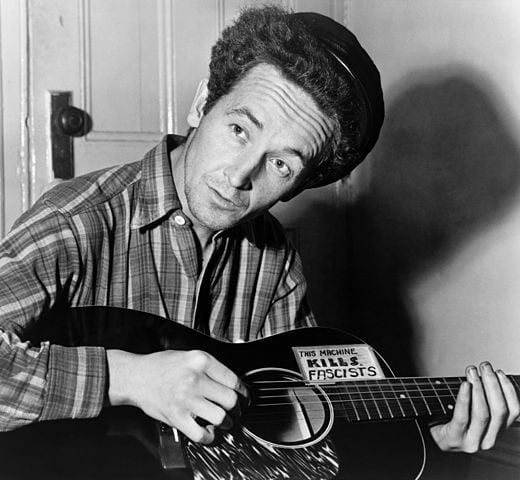 Nick Lehr With Post up About Guthrie and Trump Connection

“In December 1950, Woody Guthrie signed his name to the lease of a new apartment in Brooklyn. Even now, over half a century later, that uninspiring document prompts a double-take.

Below all the legal jargon is the signature of the man who had composed “This Land Is Your Land,” the most resounding appeal to an equal share for all in America. Below that is the signature of Donald Trump’s father, Fred. No pairing could appear more unlikely.

Guthrie’s two-year tenancy in one of Fred Trump’s buildings and his relationship with the real estate mogul of New York’s outer boroughs produced some of Guthrie’s most bitter writings, which I discovered on a recent trip to the Woody Guthrie Archives in Tulsa. These writings have never before been published; they should be, for they clearly pit America’s national balladeer against the racist foundations of the Trump real estate empire.”