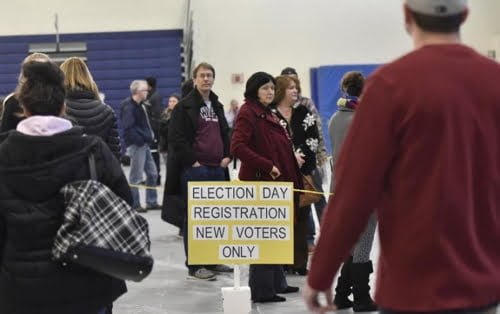 FEB 10, 2016 – New Hampshire primary exit polls showed that young voters was the key to victory for Senator Bernie Sander’s victory, and two-thirds of those voters favor his single-payer health care system. Democratic voters were concerned about inequality and political integrity, in sharp contrast to Republican primary voters who were motivated by fear of terrorism. What is remarkable, is that Senator Sanders got votes from virtually every demographic group except those over 65 and those making over $200,000 a year. Seems like a new, young political teal wave is changing the Democratic party and ushering in a strong wave of Progressivism.

Read more on the New Hampshire exit polling data on Think Progress and NY Times below: