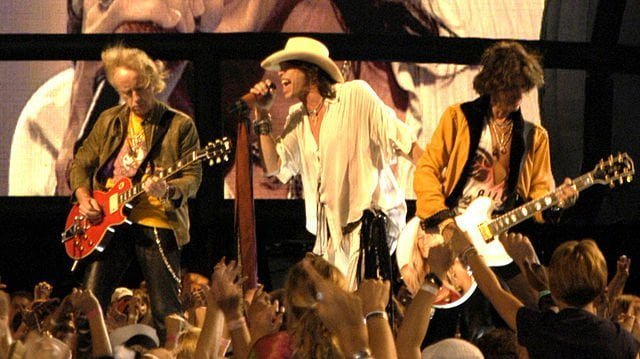 Reps Send Cease and Desist Letter to The Donald

Oct 12, 2015 – According to a letter obtained by Hollywood Reporter, Reps from the bad boys from Boston, Aerosmith, sent a “cease and desist” letter to Donald Tump after they learned he used Steven Tyler’s song “Dream On” at a Mobile, Alabama event back on August 21. In the letter the reps say use of  the song “Dream On” at Trump’s political events “gives the false impression that he is connected with or endorses Mr. Trump’s presidential bid”. Earlier we reported on Neil Young telling Donald not to use “Rockin’ in the Free World”, and I also blogged recently on how Dee Snyder of Twisted Sister fame lent his song “We’re Not Gonna Take It” to Donald. Read more on the letter from Aerosmith’s Reps on Hollywood Reporter here. Watch Steven Tyler and the bad boys from Boston sing “Dream On” in a JTMP video at the Boston Strong benefit concert below, and watch all our cool videos on our JTMP YouTube Channel.  (Photo credit: Mark Rubio)