Dee Snyder Lets Trump Use “We’re Not Gonna Take It” 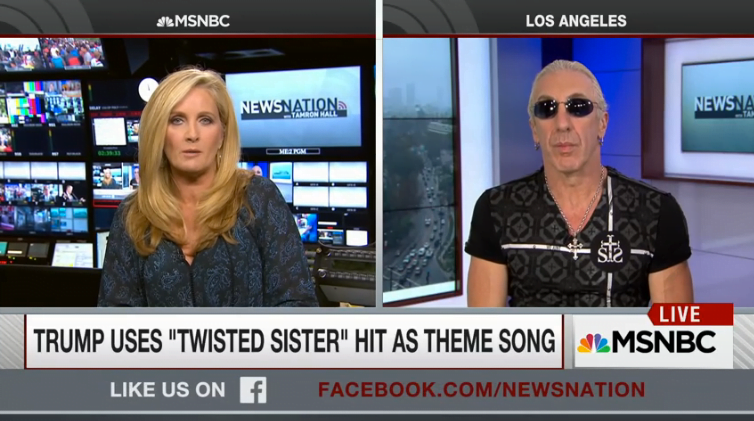 SEP 16, 2015 – Musical-activist, radio show host of “The House of Hair” and lead singer to 1980s metal band Twisted Sister has written an Op Ed piece on HuffPo attacking the music industry for using labels on music such as “explicit version” which he likens to a form of censorship. In his Op Ed Dee Snider talks about his experience back in 1985 when he, John Denver and Frank Zappa were testifying at the sham 1985 PMRC/Senate hearings which led to artists and the music industry to have to”voluntarily” start putting stickers of “Parental Advisory” on the CD case, but was also soon incorporated into the album art without the artist’s consent. Tipper Gore through her now ex-husband Al Gore even wanted to start labeling music with “V” for supposed violence, or “O”  for occult, which means anything not Christian. Dee is still married to his wife of 34 years he points out, while the Gores have divorced, so do songs and their lyrics dictate morality?

After Trump was told by Neil Young to not use his song, “Keep on Rockin’ in the Free World”, Dee lent his song to Donald Trump to use at his rallies, and on MSNBC he explains he “is a friend of Trump” and although not endorsing him really, he just wanted to not have another artist make him stop using a song and he sees the song as saying people are fed up with the political system and “they’re not gonna take it anymore”.

Watch Dee Snyder in a MSNBC video clip below, and his Op Ed on HuffPO is below that.