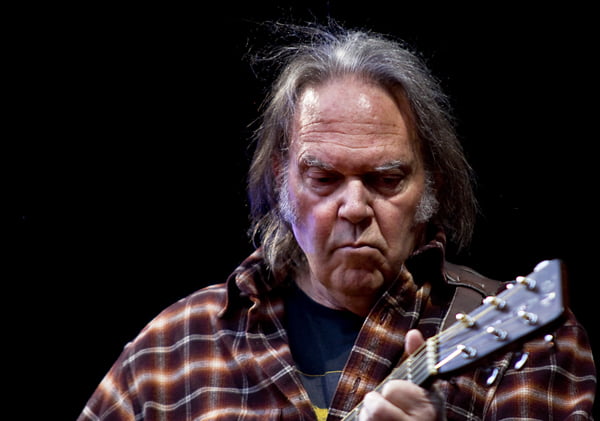 June 17, 2015 –  Donald Trump the clown who is making a mockery of our Presidential elections, used Neil Young’s song “Rockin’ in the Free World” to launch his 2016 publicity blitz, I mean “Presidential campaign”. Neil Young, always known for his activism, got angry when he found out and had his publicist issue a statement sending a clear message that Trump is NOT authorized by the Canadian rocker to ever use any of his songs. Although Young doesn’t vote in American elections, he lives in America and cares about what happens here. Neil Young also has just kicked off his anti-Monsanto album and tour and JTMP blogged about it.

Young also used the statement to shout out his support for Bernie Sanders and his socialist platform. JTMP also supports a socialist agenda, with investments in infrastructure and jobs, free college, Medicare For All, ending corporate welfare, making the rich and the corporations pay their fair share of taxes, and evening the playing field when it comes to economics in this country and helping the 99%. JTMP reminds our supporters to register to vote for the upcoming primaries and check your local election rules and find out if you have open or closed primaries, you may have to register with a certain party to vote in a closed primary. You can register to vote right here on our website, on the righthand column. Here is the statement by Neil Young below, and read more on NPR.org here. Watch Neil Young and Pearl Jam “Rockin’ in the Free World” below. (Neil Young photo credit: Per Ole Hagen/CC)

“Donald Trump was not authorized to use “Rockin’ In The Free World” in his presidential candidacy announcement. Neil Young, a Canadian citizen, is a supporter of Bernie Sanders for President of the United States of America.” – Statement by Neil Young