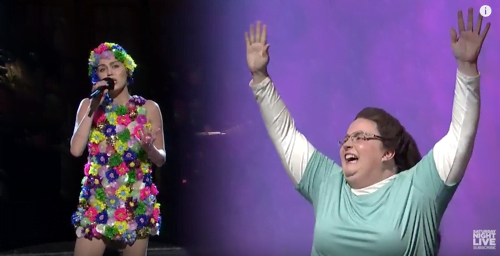 OCT 5, 2015 – Miley Cyrus, who has no fear speaking out and “getting political”, opened up the new SNL season last night with a hilarious skit that lampoons notable public and political figures that have made the news recently, from Kim Davis to the maggot who killed Cecil the Lion. One great line is when Miley talks about a 7-second delay, “but not a TV 7-second delay” she said, “When you smoke as much as I do you are always on a 7-second delay.” Watch the great skit below.