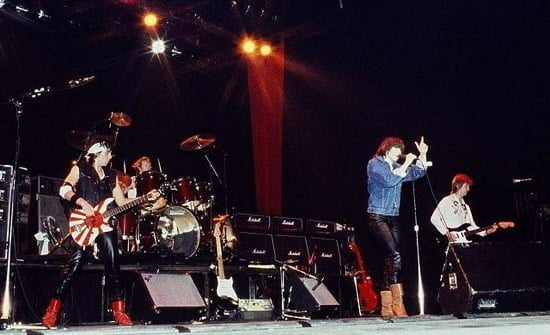 AUG 30, 2015 – Chrissie Hynde, frontwoman for the band “The Pretenders”, has caused quite a stir with her comments in a Sunday Times interview where she talks about a sexual assault on her at age 21 and blames it on herself. Hynde has just released a biography called “Reckless: My Life as a Pretender” and in it she details at age 21 a friend took her to an abandoned house and was sexually assaulted, but she blames herself for dressing provocatively with fishnet stockings and said, “If I’m walking around in my underwear and I’m drunk? Who else’s fault can it be? – Er, the guy who attacks you?. Hynde then added, “You know, if you don’t want to entice a rapist, don’t wear high heels so you can’t run from him. If you’re wearing something that says ‘Come and —- me’, you’d better be good on your feet I don’t think I’m saying anything controversial am I?”

Apparently a lot of people say she did say something controversial, and victim groups and others have attacked and criticized her for the comments. What do you think? Leave a comment below or start a discussion our JTMP Facebook Page. Read more on Telegraph.co.uk:  (photo credit: Ohconfucious/CC)