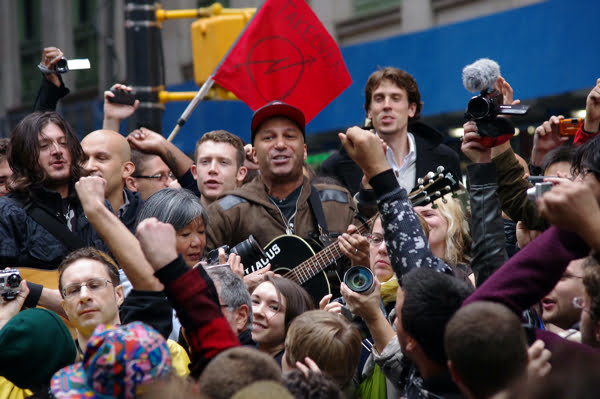 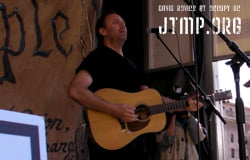 June 8, 2014 – Bill Moyers & Company have a great article up right now by Peter Dreir and Dick Flacks about the history of music and activism in this country, from the early 1900s and the Workers of the World (the Wobblies) that used songs to rally and boost morale, to Pete Seeger in the 1940s, to Greenwich Village and the folk music scene in the 1960s that brought about so much cultural change. They go on to write that musical activism is not dead as some people suggest (JTMP agrees!) and is alive and well in the Occupy movement, and there are many activist musicians out there such as Tom Morello,Tigris del Norte, Tish Hinajosa, Lila Downs, Ry Cooder and more. There are many of today’s activist-musicians on our JTMP YouTube Channel such as David Rovics (pictured left), Op-Critical, The Keystone Kops and more.