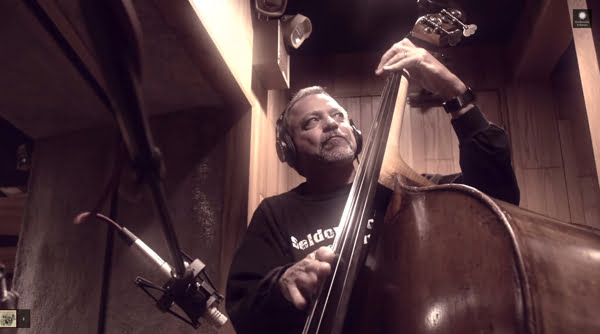 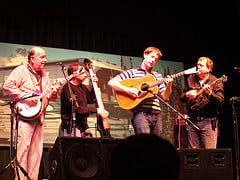 June 8, 2014 – The Smithsonian Folkways, a non-profit that wants to document and preserve sounds and music for future generations, has teamed up with one of the oldest bluegrass/folk bands in America, The Seldom Scene, to re-record their classic “Wait a Minute”. The musicians take even better care playing it this time, and the bass player gets to use a stand-up bass this time which he prefers (instead of an electric bass). The recording sounds crystal clear in HD audio and video, and they knocked it out of the park. The song “Wait a Minute” is a crowd favorite, and is a very tender song written by Herb Pederson, a songwriter and musician that worked with numerous musicians, and was given to his friend John Duffey, one of the founding members of The Seldom Scene. Herb Pederson recorded a great version himself of the song, but The Seldom Scene took the song and owned it. The Seldom Scene was formed in Bethesda, Maryland back in 1971, and has gone through many band member changes, yet still continues to tour and crank out great music decade after decade to this day.

The Smithsonian Folkways’ roots go back to 1948 as Folkways Records & Service founded by Moses Asch and Marian Distler. For 40 years Asch and his team collected traditional, ethnic, and contemporary music from around the world; poetry, spoken word, natural sounds and more and released over 2,000 albums. In 1986 after Asch’s death, the Smithsonian Institution Center for Folklife and Cultural Heritage acquired the recordings, but Moses Asch insisted that they would remain “in print” forever, so every one of his albums are available through a custom order service to this day. The Smithsonian Folkways has taken the baton from Moses Asch and ran with it, and has recorded over 375 new recordings that will be preserved for future generations to enjoy. Like The Seldom Scene playing, “Wait a Minute” below. Check out the Smithsonian Folkways website here.  (photo credit: Eric Frommer)