Texas Republican Obsessed Over Foods Made Of Aborted Fetuses 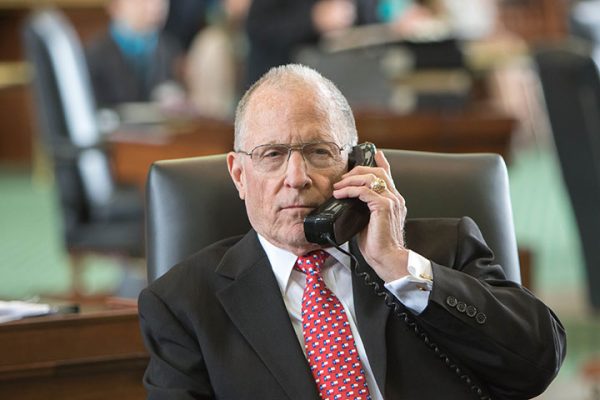 Of course there aren’t any foods made from aborted fetuses. But that didn’t stop this whacked out lunatic Republican from sponsoring a bill to have these non existent foods labeled.

I think someone should call the police and have this guys refrigerator checked for aborted fetuses and or body parts. Maybe he’s a closeted Jeffrey Dahmer fanboi or some such thing. Hey, you never know about these Republicans. The minute they accuse someone of running child sex farms in pizza basements, you just know that they are projecting what they in fact are doing. So, if this guy is wanting aborted fetuses labeled, then it might behoove someone to check his refrigerator.

A Texas Republican wants to make foods containing material from aborted human fetuses “clearly and conspicuously labeled” — even though such products do not exist.

The proposed law, authored by state Sen. Bob Hall, says food and medicine would have to be labeled if it contained or was manufactured with human fetal tissue or if it was the product of research that used such tissue. The bill defines human fetal tissue as “tissue, cells, or organs obtained from an aborted unborn child.”

“Unfortunately, many Texans are unknowingly consuming products that either contain human fetal parts or were developed using human fetal parts,” read a statement from Hall’s office. “While some may not be bothered by this, there are many Texans with religious or moral beliefs that would oppose consumption or use of these products.”

The Food and Drug Administration (FDA) does not allow the sale of foods containing human tissue.

“There are no conditions under which the FDA would consider human fetal tissue to be safe or legal for human or animal consumption,” an agency spokesperson wrote in an email to HuffPost.

The bill, which Hall filed on behalf of a constituent, marks one of the latest eruptions of recurring controversies over the scientific use of cell lines, which can be derived from aborted or miscarried fetuses. Scientists routinely use such cells for research and experimentation, but they are not used as food additives.

A single group of cells from a human embryo can be cultured thousands of times for many years. Several of the cell lines most widely used by researchers today were created decades ago.

Controversies over such cell lines stretch back to at least the 1970s when battles over abortion led to both state laws and federal regulations curtailing the use of aborted fetuses to cultivate fetal tissue and cell lines.

Anti-abortion groups — most notably Children of God For Life — have often called for boycotts of companies like Neucutis and Senomyx over their use of HEK 293 cells in research and development.

The HEK 293 cell line originally traces back to kidney cells obtained from either an abortion or miscarriage in the 1970s, according to Reuters. The cells have been used hundreds of thousands of times over the last half-century.

Neucutis acknowledged using the cell line to develop a skincare product. In addition, Senomyx used the cells to conduct millions of tests on flavor enhancers used in its products without using human taste testers, according to CBS News.

Sweeping Impact Across The Medical Industry

The Texas bill would have little effect on the food industry since cell lines aren’t used as food ingredients, but it could have a major impact on the medical field. The law would require labeling any medical product “derived from research using human fetal tissue.” This broad wording could apply to a vast array of vaccines and medicines, from polio to HIV treatments.

“Human fetal tissue is used quite a lot in research,” one geneticist, who declined to be identified to avoid associating their institution with political debates about abortion, told HuffPost. “There’s no way to cleanly draw a line between the experiment that directly led to the product and the line of research that enabled that to happen.”

Catholic leaders and anti-abortion groups have objected to using HEK 293 cells and other human-derived cell lines in COVID-19 vaccine research and testing. However, the Vatican ultimately determined they were “morally acceptable.” The most commonly administered COVID-19 vaccines made by Moderna, Pfizer and Johnson and Johnson were all tested using fetal cell lines before being used on humans.

The FDA has tried to play down concerns about using embryonic cell lines in COVID-19 vaccine research. A spokesperson noted, “fetal tissue used to establish the cell culture lines was obtained decades ago, and no new fetal tissue is needed to produce cell lines to make the vaccines.”

But Hall contends that many of his constituents view using such cells as a “matter of conscience” and should be clearly disclosed.

“A well-informed consumer can make whatever choice they decide on purchasing a product so long as they have all of the information in hand to make the choice,” Hall wrote in an email to HuffPost.

An Oklahoma Republican filed a similar bill, which would have banned food made from aborted fetuses, in 2012, but the legislature did not pass it.

“I don’t know if it is happening in Oklahoma, it may be, it may not be,” Oklahoma state Sen. Ralph Shortey, the bill’s author, said at the time. “What I am saying is that if it does happen, then we are not going to allow it to manufacture here.”

Food containing human fetal tissue — which, again, does not exist — could meet the definition of cannibalism, which no federal law criminalizes and most states do not regulate.