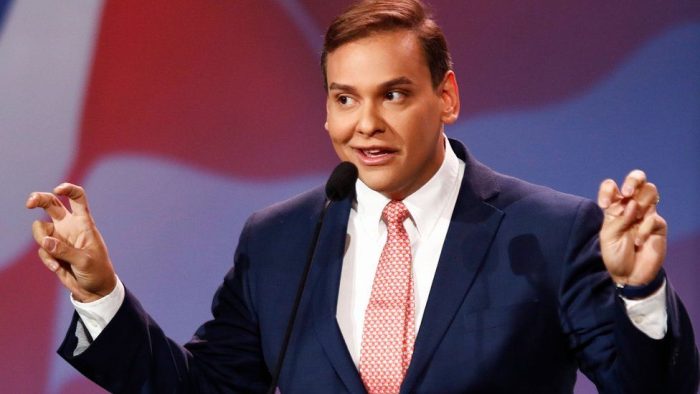 This about what this means. It means that anyone can become someone else or lie about themselves and collect money, donations, under false pretenses and still have zero accountability for it. So, what this means is that criminals, drug dealers, cartel bosses, murderers, wife abusers, rapists, child molesters, anyone, anywhere, can run for office and lie about themselves and raise millions of dollars through criminal networks, the Russian mafia, drug cartel money, anywhere they want, and there will be ZERO accountability. ZERO!!! Law Enforcement will be POWERLESS TO STOP YOU!!!!

And here is exactly why below:

The Republican Jewish Coalition (RJC) slammed Rep.-elect George Santos (R-N.Y.) for lying about his heritage, claiming he “deceived” the group.

During his Congressional campaign, Santos repeatedly claimed his mother was born to Jews who had fled Nazi persecution in World War II. He tried to explain the comments in an interview with the New York Post published Monday.

“I never claimed to be Jewish,” Santos told the Post. “I am Catholic. Because I learned my maternal family had a Jewish background, I said I was ‘Jew-ish.’”

Jewish publication The Forward reported Tuesday that Santos had called himself “a proud American Jew” on documents shared with Jewish leaders during his campaign.

“We are very disappointed in Congressman-elect Santos,” the RJC said in a statement released Tuesday. “He deceived us and misrepresented his heritage. In public comments and to us personally, he previously claimed to be Jewish. He has begun his tenure in Congress on a very wrong note.”

The group also said Santos would “not be welcome” at its events in the future.

While speaking with the Post, Santos admitted to lying about his resume and education while campaigning against Democrat Robert Zimmerman for a seat in the U.S. House of Representatives. It was the first time he confirmed details of a report by The New York Times published earlier this month, outlining the extent of his campaign lies.

Santos’ attorneys previously called the Times report a “shotgun blast of attacks,” claiming it was an attempt to “smear his good name.” However, Santos later told the Post he had lied, saying, “we do stupid things in life.”

“I’m embarrassed and sorry for having embellished my resume,” he said.

Santos has said he will serve his two-year term despite the controversy over his campaign.

“I am not a criminal,” he told the Post, arguing this scandal “will not deter me from having good legislative success.”