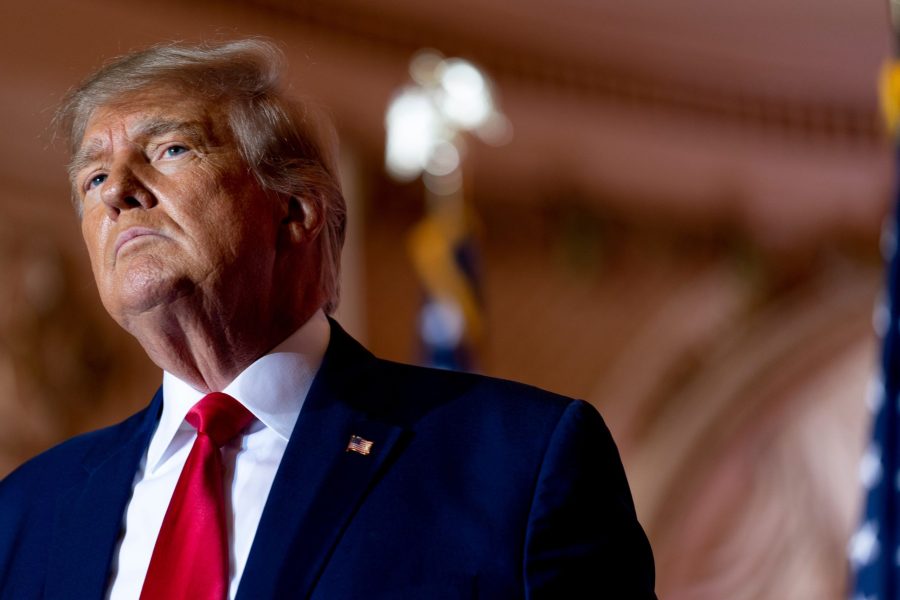 And leading Republicans have been largely quiet.

Former President Donald Trump took to Truth Social to call for the immediate “termination” of apparently everything in the Constitution that allowed him to lose his re-election campaign in 2020.

“A Massive Fraud of this type and magnitude allows for the termination of all rules, regulations, and articles, even those found in the Constitution,” Trump posted on Truth Social Saturday, referencing Twitter CEO Elon Musk and journalist Matt Taibbi’s Friday Twitter thread that purported to show Twitter’s “suppression” of the Hunter Biden laptop story in October 2020. “Our great ‘Founders’ did not want, and would not condone, False & Fraudulent Elections!”

The story of Hunter Biden’s laptop, however, had nothing to do with the administration of the election. And the only evidence presented so far of the Biden campaign asking Twitter to delete Hunter Biden-related posts were a set of five tweets, at least four of which were nude photos and videos of Hunter Biden posted without his consent, according to Business Insider.

Though Trump’s comment has no basis in reality, the former president’s comments are his latest call to subvert American democracy as part of his pursuit for power. This effort has only escalated since Trump and his allies failed to overturn the results of the 2020 presidential election; Trump was the first U.S. president to be impeached twice, the latter impeachment coming after his supporters rioted at the Capitol on Jan. 6 to stop the certification of the 2020 election.

But as the former president begins his third run for the presidency, Trump’s demand to suspend the Constitution indicates that Trump may attempt to wield power in an even more autocratic way than he did the first time. And the fact that few Republicans have said Trump’s threat is disqualifying shows that he’s still the party’s central figure, in spite of his contributions to a subpar midterm performance.

“Wow! That’s a really big story about Twitter and various forms of government Fraud including, specifically, Election Fraud,” Trump said in another post. In other posts, Trump claimed the story showed “ELECTION INTERFERENCE AT A LEVEL NEVER SEEN BEFORE!!!” and said that “UNPRECEDENTED FRAUD REQUIRES UNPRECEDENTED CURE!”

The White House condemned Trump’s call to suspend the Constitution in a statement Saturday, saying that the Constitution is “​​a sacrosanct document that for over 200 years has guaranteed that freedom and the rule of law prevail in our great country.”

“It’s the ultimate monument to all of the Americans who have given their lives to defeat self-serving despots that abused their power and trampled on fundamental rights,” White House spokesperson Andrew Bates told Fox News. “Attacking the Constitution and all it stands for is anathema to the soul of our nation, and should be universally condemned. You cannot only love America when you win.”

Leading Republicans have remained largely quiet on the former President effectively calling for another coup. McCarthy, the Trump-backed candidate to be the next Speaker of the House, did not comment publicly on Trump’s post over the weekend, and a spokesperson did not immediately respond to a request for comment from VICE News Monday.

Rep. Mike Turner, an Ohio Republican and likely next chair of the House Intelligence Committee, said in an appearance on ‘Face the Nation’ Sunday that he “vehemently disagrees with the statement that Trump has made.” At the same time, Turner did not rule out supporting Trump if he’s the Republican nominee.