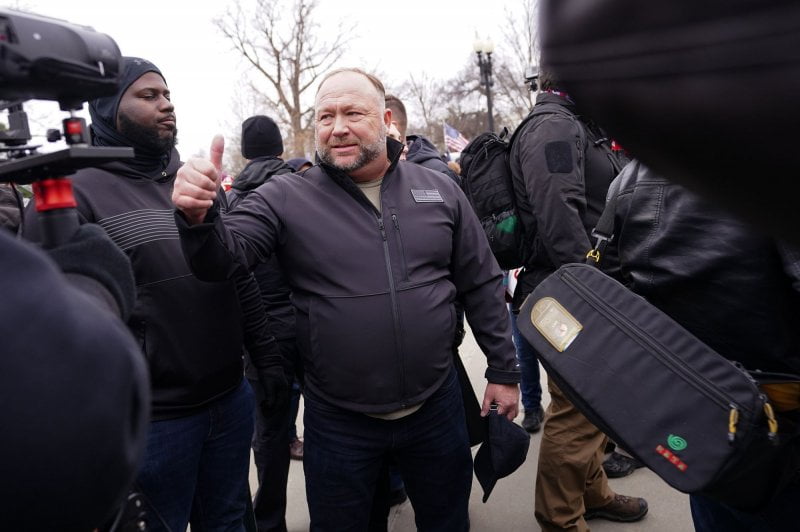 A judge temporarily froze all assets controlled by Infowars conspiracy theorist Alex Jones over concerns he would attempt to hide money rather than pay the more than $1 billion he owes to families of those killed in the 2012 shootings at Sandy Hook Elementary School.

That’s in addition to the $965 million a jury ordered the former right-wing talk show host to pay the families and an FBI agent who responded to the massacre. The jury made that ruling in October.

On Wednesday, the judge awarded the families over $323 million in common law punitive damages for attorney’s fees and costs, in addition to $150 million in damages under Connecticut’s Unfair Trade Practices Act, which prohibits deceptive acts.

“This depravity and cruel, persistent course of conduct by the defendant establishes the highest responsibility and blameworthiness,” Bellis wrote in her ruling.

Jones, 48, lost a defamation suit accusing him of spreading lies and calling the deadly attack a hoax.

Jones was found liable last year for spreading false stories on his radio and online show about the school shooting that killed 28 people, including 20 first-graders.

“The record also establishes that the defendants repeated the conduct and attacks on the plaintiffs for nearly a decade, including during the trial, wanton, malicious and heinous conduct that caused harm to the plaintiffs,” Bellis wrote.

Bellis said she was concerned Jones would attempt to hide his financial assets using family members or shell companies, prompting the freeze order.

“With the exception of ordinary living expenses, the defendant Alex Jones is not to transfer, encumber, dispose or move his assets out of the United States, until further order of the court,” Bellis wrote in her order.

Connecticut law dictates that a jury award any compensatory damages, while a judge determines punitive damages.