Hannity Unsure Who Pushed the ‘Red Tsunami’ Rumors He Pushed 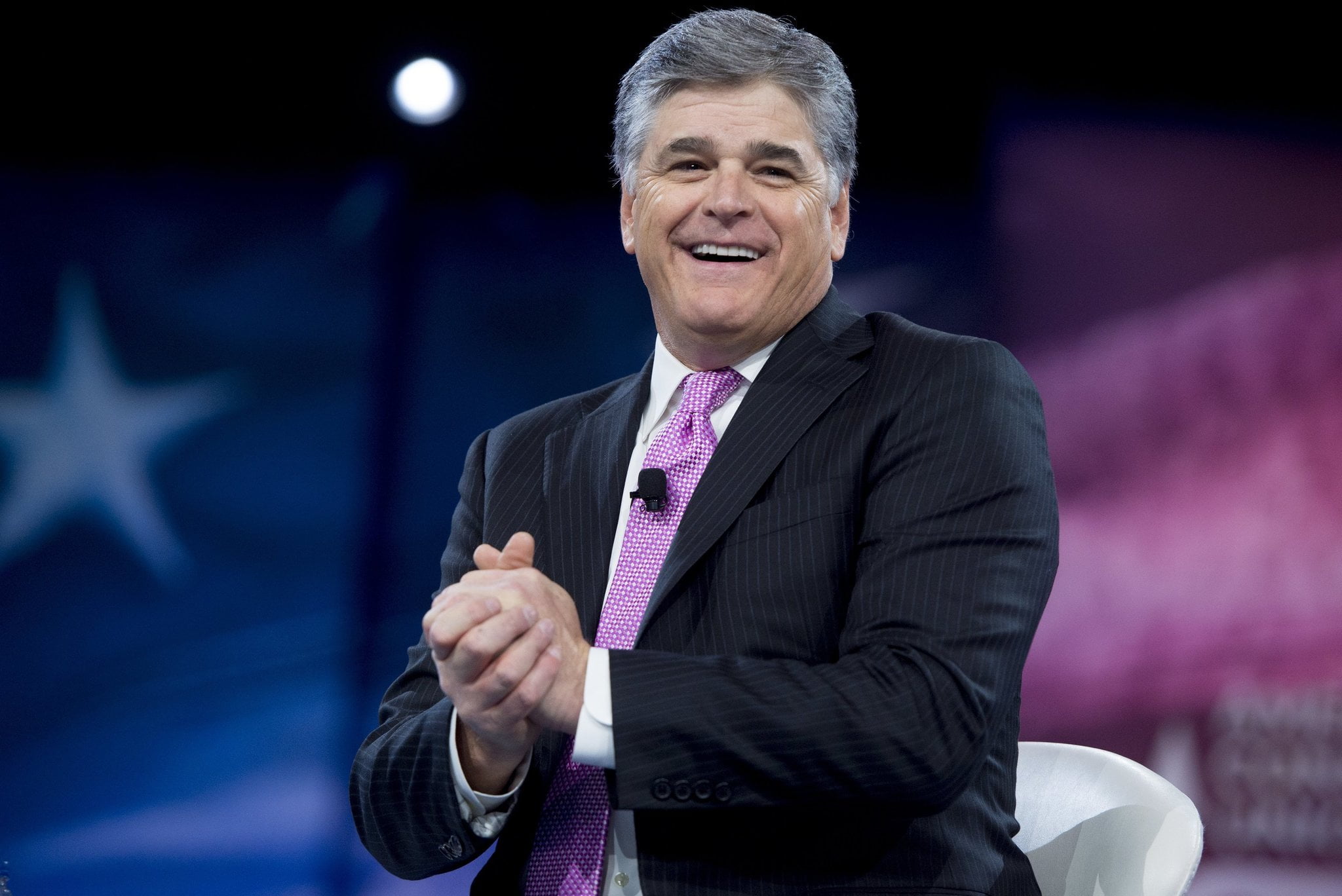 It’s always like this when the head cheese of Fox News and chief Trump propagandist faces the music, he weasels out of it though by saying he doesn’t know who fed him the red wave stories. Look, people are not fools, he and Fox have research departments and people writing his shows, and they don’t just mysteriously put out sourceless propaganda. They know what they are doing, and where they get their talking points from. Most of the time they are the ones writing the news items for every other shit hole right winger network. Doesn’t know where he got it from my left butt crack..

Sean Hannity is out here trying to find the guy who did this.

Four days before Tuesday’s midterm elections, the Fox News star took to Twitter to promote a segment on his primetime show that featured a couple of conservative pollsters forecasting dominant GOP victories in both the House and Senate.

“RED TSUNAMI COMING?” Hannity posted on Friday night, hyping the “latest polling” from polling firm Trafalgar. “Is a red tsunami on the way?”

The night after the election, which saw Republicans wildly underperform expectations, the conservative primetime host played dumb, telling viewers he can’t seem to figure out the origin of the notion that the GOP would crush the midterms.

“I can’t say for sure whether rumors of the red tsunami started because polls in almost every key race were within the margin of error, mostly only one or two points,” Hannity said at the top of his show Wednesday night. “The glowing predictions of a big red wave were frankly foolish. I have a rule in life: Never overpromise and underdeliver. You want to underpromise and overdeliver.”

Hannity did sound a somewhat cautious note on the eve of the elections. On his Monday night program, the Fox News veteran urged Republicans to get out the vote, reminding them that former President Donald Trump won the White House in 2016 by razor-thin margins. “If you stay home, Democrats, well, they’re likely to win. You will get the government you deserve. We are warning you, we warned you,” Hannity declared on Monday night.

At the same time, however, the rest of that evening’s broadcast featured a slew of Republican politicians and right-wing pundits promising that Democrats were poised for a shellacking and the GOP would see historic victories.

“All of the foundational issues are there for the Republicans to have a wave election,” Hannity, for instance, told Fox News contributor and former Bush White House press secretary Ari Fleischer.

As of this article’s publication, the GOP is currently on track to gain control of the House with a single-digit majority. Additionally, it’s becoming increasingly likely that Democrats will retain control of the Senate and could perhaps gain a seat if Sen. Raphael Warnock wins the Georgia runoff against GOP opponent (and Hannity-backed candidate) Herschel Walker.

Hannity’s exchange with Fleischer, though, wasn’t a one-off.

The former White House shadow chief-of-staff and longtime Trump confidant had used his show in recent months to boost influential conservative voices and GOP candidates relentlessly promising a red wave on the horizon.

“I think it’s going to be a great night,” former House Speaker Newt Gingrich beamed last week, predicting Republicans would gain as many as 44 House and five Senate seats.

And Hannity himself had long pushed the idea that the GOP would wallop Democrats, going so far as to tweet about it in January of this year.

Hannity, who was an integral figure behind Dr. Mehmet Oz’s failed Senate campaign, isn’t the only Fox News personality with selective amnesia when it comes to accepting responsibility for the GOP’s lackluster performance.

Tucker Carlson demanded accountability on Wednesday night, complaining that “Republicans swore they were going to sweep a red tsunami” but failed to deliver. “The people whose job it was to win but did not win should go do something else now. We’re speaking specifically of the Republican leadership of the House and the Senate and of the RNC,” he added.

As Media Matters senior fellow Matt Gertz noted, however, Carlson himself “is an influential GOP leader who bears responsibility for the party’s failings,” remains a trusted Trump adviser, endorsed and assisted candidates through the midterms, and “suggested the midterms communications strategy that the GOP ultimately adopted.”

Meanwhile, the recriminations have been swift and fierce within the conservative ecosystem, with much of the blame being placed solely at Trump’s feet. Murdoch-owned media outlets have plunged the knife into the ex-president over the midterm disaster, and even his most dedicated loyalists are now urging Trump to delay his planned campaign announcement next week, fearing it will hurt Walker’s runoff chances.