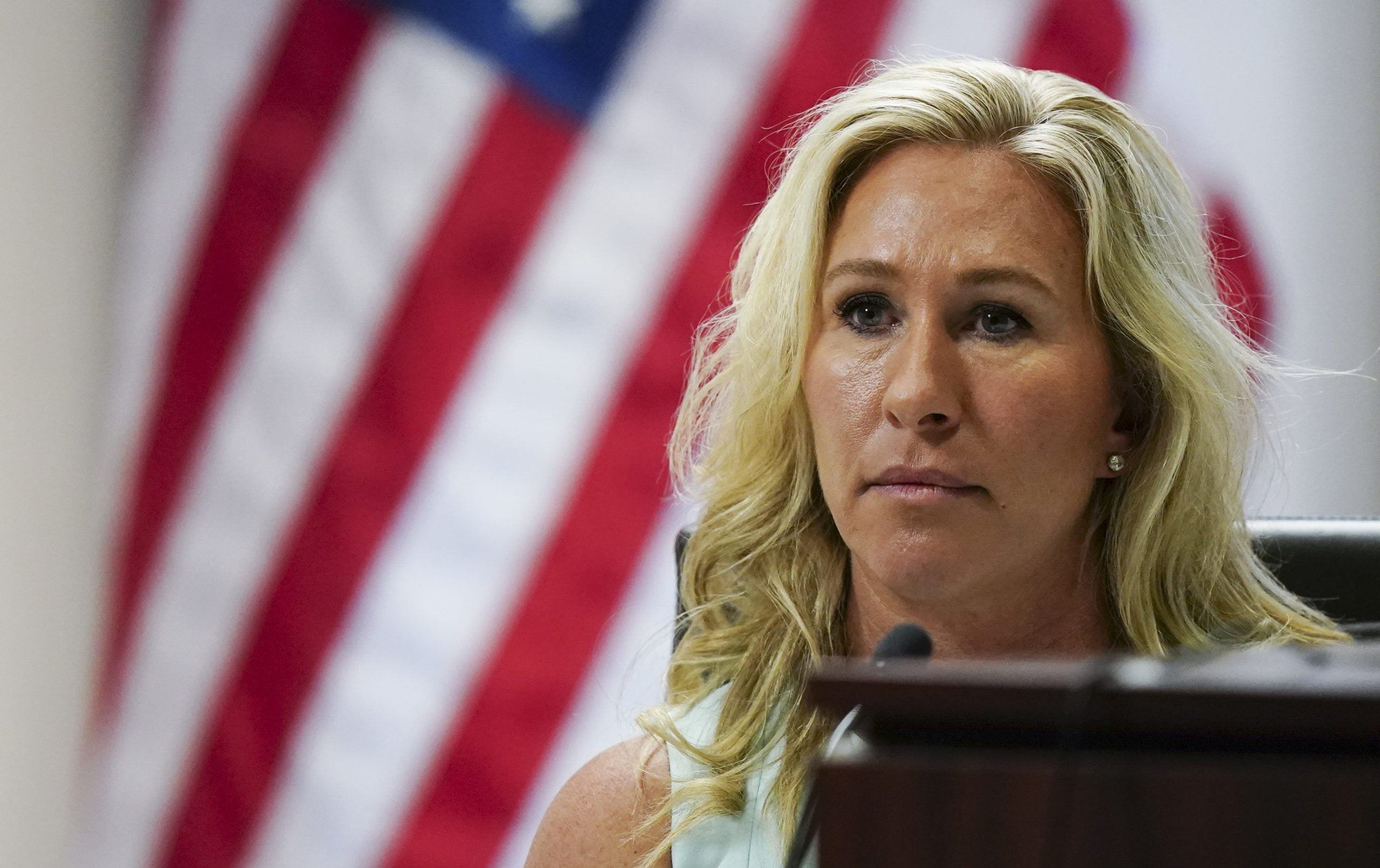 A new report suggests Greene played a prominent role in pressuring a Georgia senator to go along with efforts to subvert the last presidential election.

In the lead-up to Jan. 6, 2021, Kelly Loeffler — then a Republican senator from Georgia — found herself at the center of Donald Trump’s efforts to subvert the 2020 presidential election results in her state.

At the time, Loeffler was in the midst of a tight runoff for re-election against Raphael Warnock, who won more votes than she did in a special election weeks earlier (and was en route to doing so again — his win on Jan. 5 capped her Senate career at just over a year).

She latched on to Trump’s baseless claims of election fraud in Georgia, and followed his lead in condemning fellow Republicans — like Georgia’s Secretary of State Brad Raffensperger — who refused to fall in line. Now, thanks to a tranche of text messages obtained by The Atlanta Journal Constitution, we can see some of the frenzied and furious messages Loeffler is believed to have received while Trump world figures plotted their attempted coup with her in mind.

The AJC received the texts in a document sent by an anonymous source. The newspaper confirmed the veracity of the texts with four people who were participants in the conversations. Neither NBC News nor MSNBC has independently verified the texts.

In a statement to the newspaper, a spokeswoman for Loeffler called the public disclosure of the texts a “desperate attempt to distract voters 20 days from the election.”

Here are some of the most significant messages Loeffler received, according to the paper.

One message, which apparently never got a reply from Loeffler, came from Raffensperger’s wife, Tricia. In it, she teed off on Loeffler for issuing a statement calling on Raffensperger to resign.

In her message, Tricia Raffensperger said she holds Loeffler “personally responsible” for anything that happens to her family as a result of Loeffler’s lies, and she declared Loeffler “not worthy” of being a senator for helping spread Trump’s lies.

Brad Raffensperger testified to the House Jan. 6 Committee that he and his family faced death threats for his refusal to help Trump falsely declare himself the winner in Georgia.

Marge in the middle

Some of the most damning texts — the ones that seem to have the most legal liability attached to them — reportedly came from far-right then-Congresswoman-elect Marjorie Taylor Greene of Georgia.

The Journal Constitution published texts Greene reportedly sent to Loeffler on Dec. 2, 2020, discussing “a plan we are developing” to challenge Joe Biden’s Electoral College votes on Jan. 6, and asking Loeffler to assist from the Senate. Weeks later, on Dec. 20, Greene reportedly texted Loeffler again with an invitation to a White House meeting where she, Trump and Trump’s legal team intended to discuss the plan.

Those texts could implicate Greene in Trump’s seemingly criminal scheme if investigators show she knowingly engaged in this cockamamie plan. Evidence overwhelmingly shows Trump knew his claims of election fraud — which he used as the basis of his plot to overthrow the election — were false. Multiple White House officials told congressional investigators that they had informed Trump voter fraud didn’t cost him the election. Lawsuits challenging the vote count were repeatedly tossed out of court. And on Thursday, a federal judge confirmed Trump signed on to a federal lawsuit challenging the vote count in Georgia despite knowing the allegations at the heart of the suit were false.

That suit was filed in December, around the time Greene and other Team Trump members were discussing their anti-democratic plot to keep Trump in power.

Other reported texts, apparently showing discussions among Loeffler’s team about whether to vote against certifying Biden’s victory on Jan. 6, seem to reveal some of Loeffler’s own staffers pushing back on the plan.

As pro-Trump rioters stormed the U.S. Capitol on Jan. 6, one of Loeffler’s campaign advisers reportedly said, “This is a tinderbox and it’s beyond politics now. … This objection will not ultimately prove to change anything but it will feed into the violence and condone it.”

Loeffler ultimately voted to confirm the results that day. But she also continued to target Raffensperger after being ousted from the Senate, calling for him to be investigated and questioning the legitimacy of the 2020 elections.