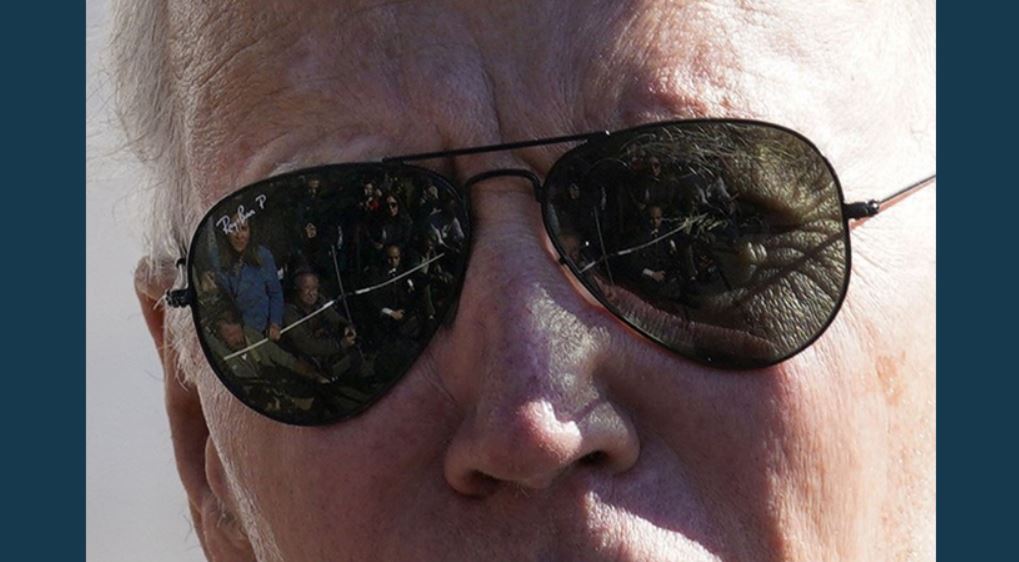 Vladimir Putin has claimed he isn’t bluffing when it comes to using tactical nuclear weapons in his failed war with Ukraine. Let’s get this straight, he is bluffing, but there is the off chance he won’t be given certain realities he will face down the road in Ukraine. To that end, the world, and Putin, has to face this reality, that at some point it will become necessary to use nuclear weapons.

That being said, some people say he’d be crazy to use them. But isn’t that the entire point of the issue that the intelligence community puts out about Putin? Many say Putin is crazy, just like many said Trump was crazy. So if Putin is crazy, then the options for nuclear war are more real, because only crazy people would consider using them, and only crazy people would follow orders to push those buttons on their orders.

Putin isn’t the only one out there that the world has to fear right now though. The current scenarios out there are China against Taiwan, North Korea against Japan, and Putin in Ukraine. So we have three unstable regimes that we need to worry over. And each one is watching and waiting for the other to pull the trigger to see what the military fallout would be for the others, who are no doubt watching and waiting to see the outcomes of using them.

If Putin starts using them and the result isn’t as bad as everyone thought, then China may launch a massive strike on Taiwan right after it, and most certainly Kim Jong Un in North Korea would launch against Japan. Kim Jong Un has already been saber rattling in the area for years by launching long range missiles at Japan that fall in the ocean without exploding. They don’t have any warheads in them and are just being used as stage props, but then this type of fear has a two pronged approach. Fire enough missiles off at a target and no one knows when the ones with warheads will finally fall. Each time one is launched, Japan has to go into a bunker just in case this is the one. And that is the point. He is launching threats that at some point will become a reality when it falls not in the ocean, but on a major city.

In the case of China, they are upset about the potential loss of Taiwan to the west, and have been threatening as of late in a war of words with the western powers. And each time they say something it actually echos or parrots Putin’s “I’m not bluffing” statements and talking points.

Some would ask why the world has gone into this ready for a World War state after dealing with a major pandemic that wiped out millions of people globally? It is odd that after 2 years of staring down at mass death from a virus that picked its victims at random that we’d suddenly come out of that and face nuclear armageddon. As a world we should be celebrating that we survived Covid, yet instead of doing that and ushering in a new world peace and being happy that we lived through it, we now have to say no, millions dead were not enough, we need more millions dead in order to satiate our inner demons.

For that is what nuclear war actually is, it’s a demon, and not unlike Covid, it will choose its victims first where the initial blasts hit, and then as time goes on, it will spread across the globe with nuclear ash that eventually will wreck havoc on people with major cancers and diseases as the long term outcome. Much like long covid, where people’s brains and organs were affected long term, people that have long covid will probably suffer for the rest of their lives from it. Bringing in nuclear weapons only increases the chances that people will continue to suffer physically at the hands of those elites that were chosen by the people that gave them that power to tell everyone else what to do and how to live.

What is needed here is a complete floor cleaning of these people. The one thing that elites fear the most is that the people they govern or tell what to do will rise up against them in a get the pitchforks style. This happened in an event that was called Arab Spring, and this unleashed a wave of revolt that culminated in many world leaders being killed or removed from power by any means necessary. In this same scenario we can ask ourselves why we allow such people that threaten us with death to govern? Why do we not rise up and get rid of them by force or pitchforks? After all it is their decisions that create the fear we all must live with for as long as they are in power.

If we as a global society have to live under these threats, then it’s high time that the people rise up and get rid of all these people globally. And not bit by bit, but all at once. It is starting to happen again in Iran. Leaders there are facing a backlash of the people getting the pitchforks out because they are fed up with religious bullshit rules and regulations about headscarfs and women being forced to cover up. When a woman was killed because her hair was slightly uncovered, the entire country started rising up against the religious government there. And these protests are much like the pitchforks coming out to rid them of these religious zealots.

This is exactly what is needed in the world today. It isn’t about regional conflicts or small wars or one country against the other for resources, It needs to be a global uprising that sweeps out all the lunatics and authoritarians in the world once and for all. That is the only way we free ourselves from the fear of a nuclear armageddon, and with it the instability that is created when those leaders go crazy.

Until this global uprising happens, we as a global people will always be under the threat of annihilation in some form or fashion, be it viral or biological or nuclear. We need to stop funding covert bioweapons labs and destroy everything that is stored in those facilities. No more gain of function research to weaponize viruses. No more bioweapons research anywhere on the globe. We need to destroy all nuclear weapons, and we need to live in a world whereby people are not living in fear of each other or their neighbors in other countries.

This can be achieved, and this must be achieved. We as a people need to live in a stable world. It isn’t an impossibility to accomplish such a world either. The only thing that prevents us as a people from achieving world peace is allowing ourselves to think that we cannot achieve that very peace.

It is time, past time actually to act. We need to mobilize, organize, and plan and plot the destruction of these authoritarians that threaten our lives daily. They don’t need to just be removed from power. They need to be crushed until no ember remains lit. They need to be utterly destroyed. And the people need to GET THE PITCHFORKS OUT AND GO TO WORK!!!!!!!!

In his starkest assessment yet, US president says world is the closest it has come to nuclear catastrophe in 60 years

Joe Biden has warned the world could face “Armageddon” if Vladimir Putin uses a tactical nuclear weapon to try to win the war in Ukraine.

The US president made his most outspoken remarks to date about the threat of nuclear war, at a Democratic fundraiser in New York, saying it was the closest the world had come to nuclear catastrophe for sixty years.

“We have not faced the prospect of Armageddon since Kennedy and the Cuban missile crisis,” he said.

“We’ve got a guy I know fairly well,” Biden said, referring to the Russian president. “He’s not joking when he talks about potential use of tactical nuclear weapons or biological or chemical weapons because his military is, you might say, significantly underperforming.”

Putin and his officials have repeatedly threatened to use Russia’s nuclear arsenal in an effort to deter the US and its allies from supporting Ukraine and helping it resist the all-out Russian invasion launched in February. One fear is that he could use a short range “tactical” nuclear weapon to try to stop Ukraine’s counter-offensive in its tracks and force Kyiv to negotiate and cede territory.

If Russia did use a nuclear weapon, it would leave the US and its allies with the dilemma of how to respond, with most experts and former officials predicting that if Washington struck back militarily, it would most likely be with conventional weapons, to try to avert rapid escalation to an all-out nuclear war. But Biden said on Thursday night: “I don’t think there’s any such thing as the ability to easily (use) a tactical nuclear weapon and not end up with Armageddon.”

“First time since the Cuban missile crisis, we have the threat of a nuclear weapon if in fact things continue down the path they are going,” the president said. “We are trying to figure out what is Putin’s off-ramp? Where does he find a way out? Where does he find himself where he does not only lose face but significant power?”

“He understands that after the use of nuclear weapons he would be unable any more to preserve, so to speak, his life, and I’m confident of that,” Zelenskiy said.