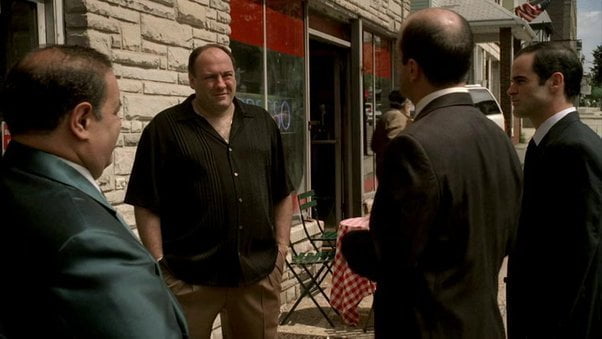 Liberals and Democrats are salivating over the latest news that Donald Trump was raided by the FBI at Mar-a-Lago today. All manner of speculation is going on in the social media landscape, from tick tock countdown clocks to the DOJ was after more than what they were really after, which were documents that were pilfered from the White House after Trump was evicted that belonged to the National Archives.

Sad to say though, the FBI wasn’t after all the money laundering going on past and present, the Don jr, baby powder everywhere, the dead bodies hidden in the walls, or the secret torture chambers where all the rats end up. No, they were there just for some paper, and of course Don “Tony Soprano” Trump and his sidekicks will still get off scot free for all the real criming going on. So calm down everyone, this isn’t the raid you wanted, YET.

Former President Donald Trump said Monday that the FBI “raided” his Florida home at Mar-a-Lago and even cracked his safe, with a source familiar with the matter telling NBC News that the search was tied to classified information Trump allegedly took with him from the White House to his Palm Beach resort in January 2021.

Trump also claimed in a written statement that the search — unprecedented in American history — was politically motivated, though he did not provide specifics.

“These are dark times for our Nation, as my beautiful home, Mar-A-Lago in Palm Beach, Florida, is currently under siege, raided, and occupied by a large group of FBI agents,” Trump said in a lengthy email statement issued by his Save America political committee.

“After working and cooperating with the relevant Government agencies, this unannounced raid on my home was not necessary or appropriate,” Trump said before bemoaning: “They even broke into my safe!”

Trump lawyer Christina Bobb, who said she was present for Monday’s search, told NBC News that Trump and his team have been “cooperative with FBI and DOJ officials every step of the way,” while adding that the bureau “did conduct an unannounced raid and seized paper.”

One senior government official told NBC News that the FBI was at Mar-A-Largo “for the majority of the day,” and confirmed that the search warrant was connected to the National Archives.

Trump earlier this year had to return 15 boxes of documents that were improperly taken from the White House, the National Archives said in February.

That same month, the National Archives and Records Administration asked the Justice Department to examine whether Trump’s handling of White House records violated federal law, a story first reported by The Washington Post and subsequently confirmed by NBC News sources.

The New York Times on Monday first reported the FBI focus on the National Archives materials.

Just hours before agents searched Trump’s residence, the FBI notified the Secret Service about the bureau’s plans to execute the warrant, according to a Secret Service official. The Secret Service facilitated access to the property, the official said, but did not participate in any aspect of the search.

The White House said it was not given a heads up.

“We did not have notice of the reported action and would refer you to the Justice Department for any additional information,” a White House official said.