Watch Five for Fighting’s new benefit video ‘Can One Man Save the World,’ featuring the Ukrainian orchestra 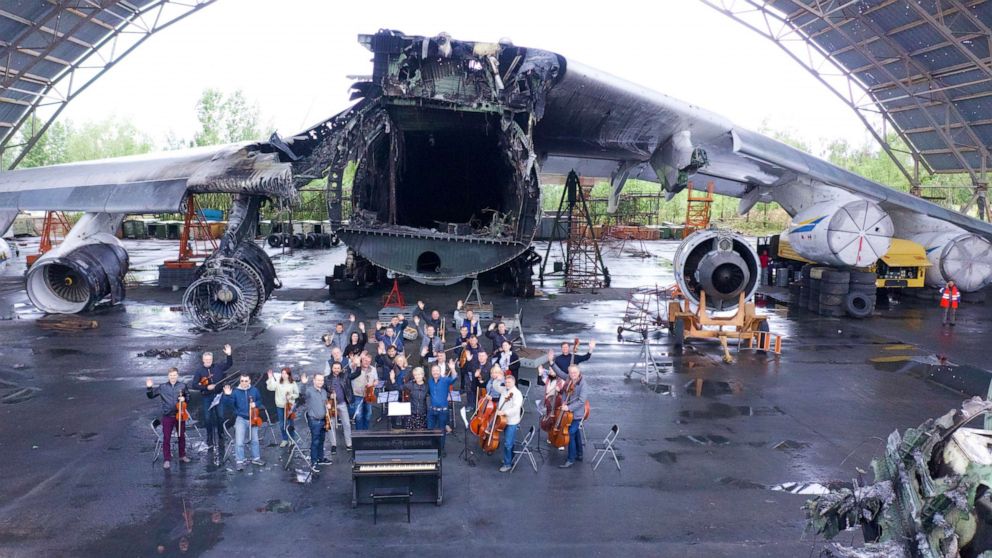 Musician John Ondrasik of the band Five for Fighting is opening up about what it was like making the charity video of their song, “Can One Man Save the World.”

The video, which premiered Saturday on “Good Morning America,” features the Ukrainian Orchestra accompanying the band, who wrote the song after being inspired by the steadfastness of Ukrainian President Vladimir Zelenskyy in the face of the Russian invasion. “Can One Man Save the World” was released in March, nearly a month after Russia invaded Ukraine.

“It’s not just a tribute song,” Ondrasik told “GMA.” “It’s a plea to the rest of us to support him. We don’t know how this is going to end.”

To create the video, Ondrasik and a film crew made a grueling journey to a war-torn area of Ukraine. They filmed amid the ruins of the Antonov Airport in front of what’s left of “Mriya,” the world’s largest cargo plane, which the Russians destroyed at the beginning of the war.

“It was very heavy to see the rubble firsthand and think about what just happened there,” Ondrasik said. “But it also inspires you to try to tell the best story and help these people.”

Ondrasik made the video with the help of Save Our Allies, a rescue and relief organization that was formed in August of 2021 after Afghanistan fell to the Taliban following the U.S. withdrawal. It’s since provided support for evacuations from Ukraine. Proceeds from the single and the video will benefit Save Our Allies. Learn more about the charity effort here.

During the filming, a top Ukrainian general and his entourage approached them and told them that President Zelensky had personally approved the use of the airport as a location. The general, who didn’t speak English, asked to hear the song, so Ondrasik and the orchestra played it.

Despite the fact that the soldiers didn’t understand the words, Ondrasik says, “Many of the onlookers were in tears. The significance and weight of our location, mission, and a country fighting for its survival hit home… It was the moment, the music, and our common humanity that spoke to all of us.”

Ondrasik says he hopes to organize a Live Aid-type concert benefit concert for Ukraine at the end of the summer, to benefit Ukrainian relief and refugees.