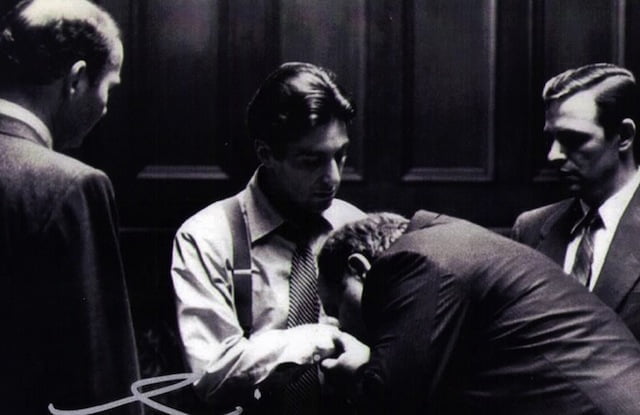 Well if that isn’t kissing the ring for a new Don I don’t know what else is. But a NYT poll just out claims that Republicans are souring on Trump in 2024 and are moving to whom they see has a real chance for winning the Republican nomination for President, Florida Gov Ron Desantis. The major donors of the Republican party have convened and are getting behind the new guy, or as liberals like to call him, Deathsantis.

Young, brash, abrasive, and a guy who likes to pander to right wing extremists much like Trump did, seems to have more style than Trump, even though he’s just as nasty and just as slimy as Trump. But because Republicans need a new coat of paint on their otherwise beater car of a party, Desantis seems like a shoe in for now, while Trump now seems like a has been.

Trump, who is tainted by the January 6th insurrection and coup attempt and all the greasy spoon people he allowed into the White House, now appears to be losing his grip on any future White House plans. Desantis on the other hand is just what slimy Republican grifters need right now, a shiny new poster boy for the new Republican party not centered around a seditious coup plotting bastard like Trump was. You see all that criminality was just too transparent, now its time to put all that grifting and criming that have always been part of the Republican party back into the closet away from public view.

Desantis now appears to be doing a meeting with all the heads of the families, Mo Green, Stracci, Tessio,and even good old Don Barzini. It appears that things are going to settle down pretty soon, probably with Trump retired to pick grapes in Corleone or some other Italian place, maybe a monastery will do him some good. But rest assured the Republican crime families will go on, and they will get a new head of the family after they eliminate all the rest of those who stand in the way of a Desantis victory.