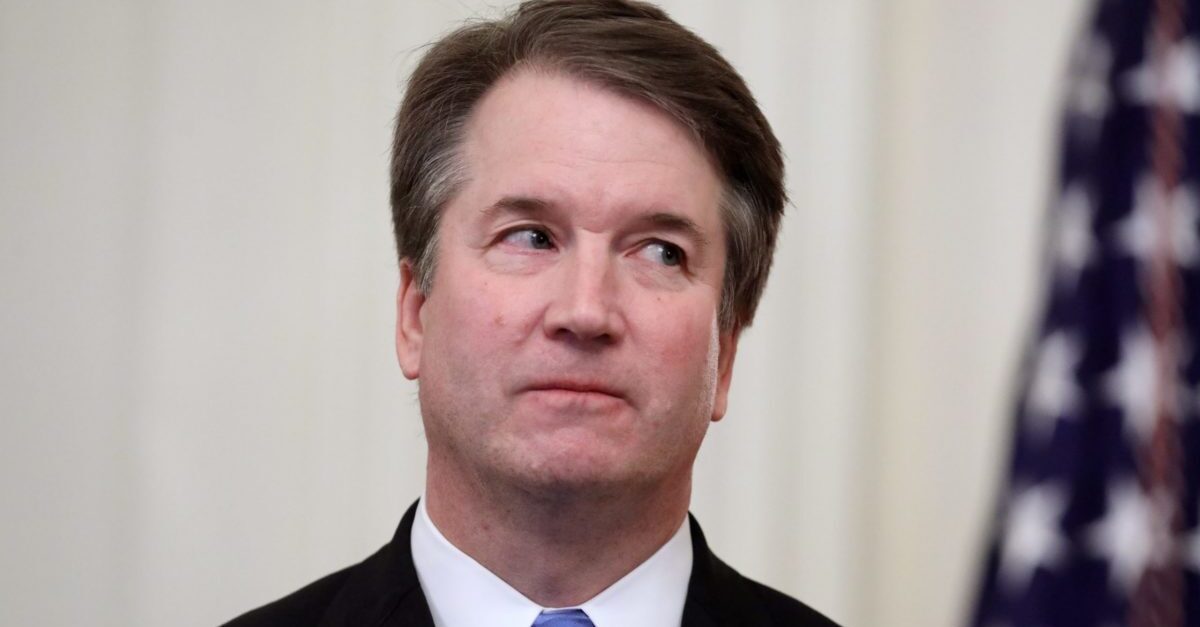 Supreme Court Justice Brett Kavanaugh exited a Washington, D.C., steakhouse this week through the back door due to protesters, reported Politico.

The outlet’s Playbook newsletter reported on Friday that Kavanaugh “was dining at Morton’s downtown D.C. location” as “protesters soon showed up out front, called the manager to tell him to kick Kavanaugh out and later tweeted that the justice was forced to exit through the rear of the restaurant.”

“We hear Kavanaugh snuck out the back with his security detail. @mortons should be ashamed for welcoming a man who so clearly hates women,” tweeted ShutDownDC.

While the court had no official comment on Kavanaugh’s behalf and a person familiar with the situation said he did not hear or see the protesters and ate a full meal but left before dessert, Morton’s was outraged about the incident. A rep for the chain steakhouse sent [Politico reporter Daniel] Lippman this statement:

“Honorable Supreme Court Justice Kavanaugh and all of our other patrons at the restaurant were unduly harassed by unruly protestors while eating dinner at our Morton’s restaurant. Politics, regardless of your side or views, should not trample the freedom at play of the right to congregate and eat dinner. There is a time and place for everything. Disturbing the dinner of all of our customers was an act of selfishness and void of decency.”

The incident comes a couple weeks since Kavanaugh was in the majority as the Supreme Court overturned the landmark Supreme Court decision Roe v. Wade. The decision caused protests after and ahead of its release due to a leaked version being reported and published by Politico.