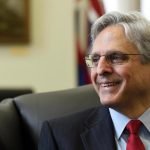 Differences aside, Donald Trump and Senate Republicans are strongly united on one issue — the balance of the Supreme Court. While Democrats are pushing the GOP-led Senate to confirm Supreme Court nominee Merrick Garland by the end of President Barack Obama’s term, Majority Leader Mitch McConnell, R-Ky., has been resolute in blocking him, saying the […]