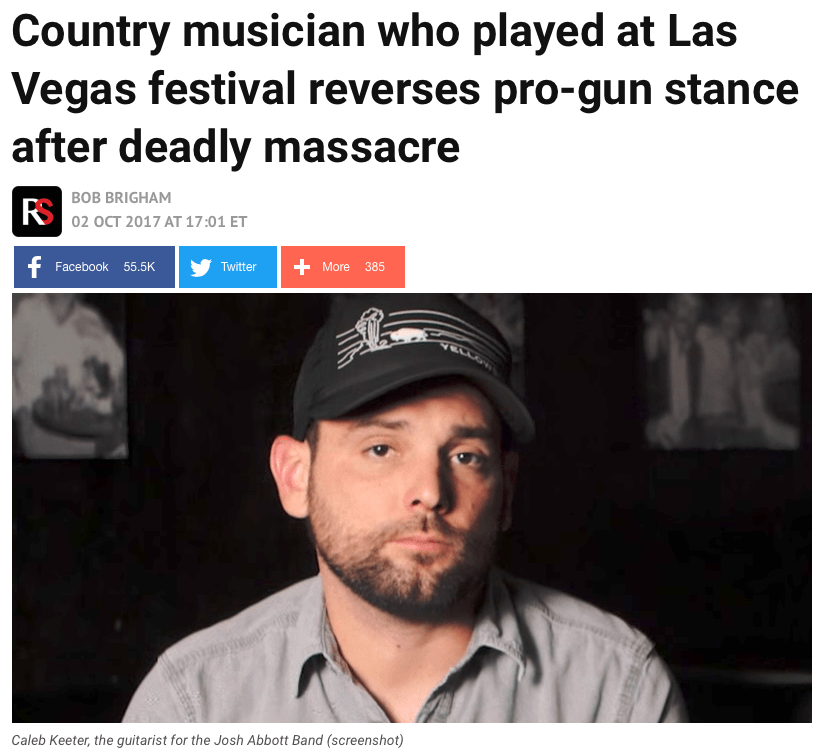 Oct 3, 2017 – Country stars react to the Las Vegas shooting. One country star, Calob Keeter of the Josh Abbot Band, even re-thinking their stance on the 2nd Amendment. Guns do not make you safer. They were asking heat big time, and were helpless. Read more on RawStory: