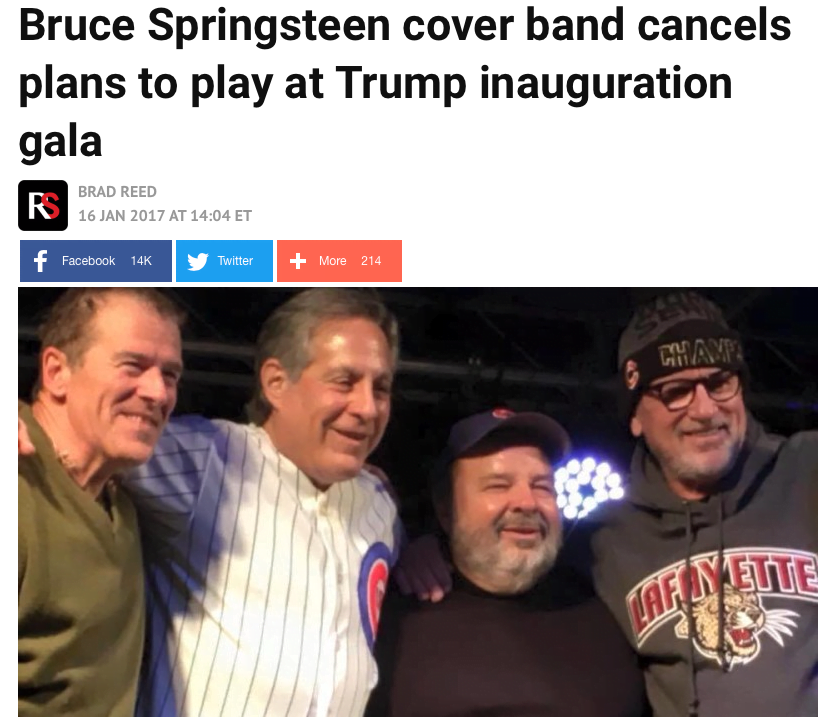 “Our decision is based SOLELY on the respect and gratitude we have for Bruce and the E Street Band.”

JAN 17, 2017 – The B Street Band, a Bruce Springsteen cover band that was going to play at Trump’s inauguration has announced they are pulling you and will not be performing. It looks like the Boss being such a YUGE NON-supporter of Trump, may have pressured them to pull out. Read more on RawStory at the link below.