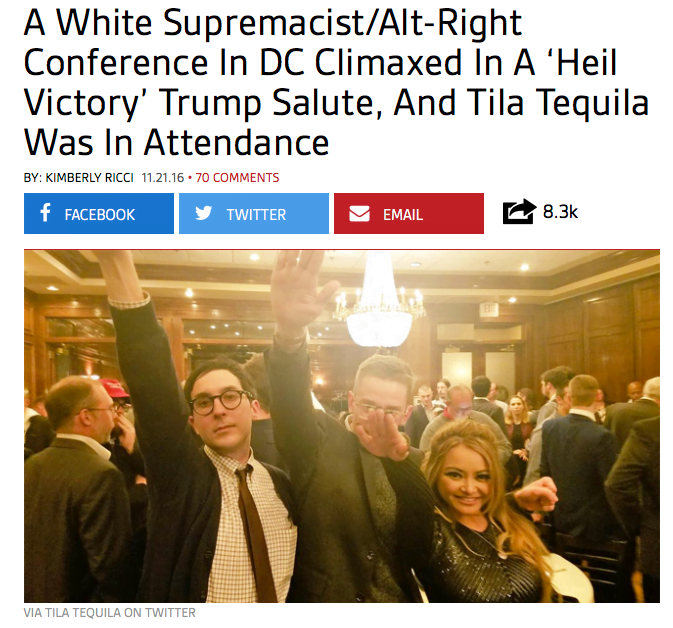 NOV 22, 2016 – Not that she is really a musician, but “TV personality” and one-time “recording artist” (I use that term loosely) was in attendance at an Alt Right Trump victory party in DC over the weekend, and audience members including the has-been Tila Tequila gave and posed for pictures giving the Nazi ‘Sieg Heil” salute. This shows who we are dealing when it comes to the Alt Right crowd and this Steve Bannon character who President-Elect Trump wants to appoint as chief of staff. This Alt Right racism and anti-Semitism does not belong in the White House or America. Read more and see video clips of the Trump Nazi Rally at UpRoxx.com below:

A White Supremacist/Alt-Right Conference In DC Climaxed In A ‘Heil Victory’ Trump Salute, And Tila Tequila Was In Attendance