RawStory: ‘Trump is saying Hitler-level things in public’: Singer John Legend warns US not to be ‘complacent’ 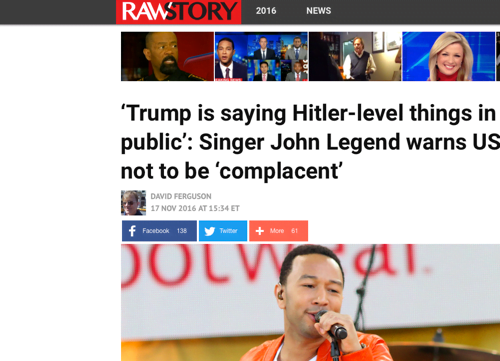 NOV 18, 2016 – RawStory is reporting that musical-activist John Legend, taking part in a songwriters round-table, spoke out about Donald Trump and the comments he has made. He described the comments as “Hitler=level things” and warns about being complacent. Read more on RawStory.com below.