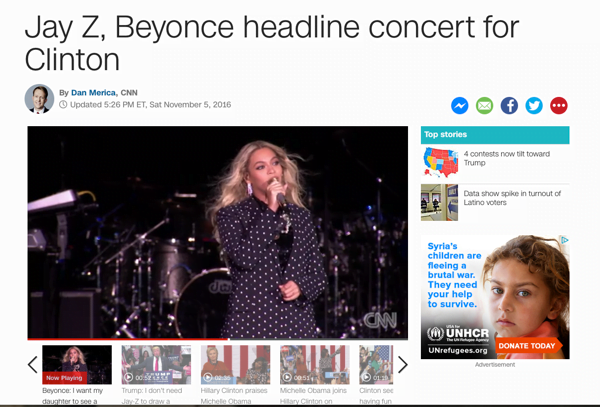 Musicians Urge Fans to Vote and Vote for Hillary Clinton

NOV 6, 2016 – Beyonce and Jay Z headlined a concert in Cleveland, Ohio and urged the crowd to vote, and vote for Hillary Clinton. Other musicians performed too, including Chance the Rapper and Big Sean. Beyonce told the crowd, “I want my daughter to grow up seeing a women lead our country and knowing that her possibilities are limitless, and that’s why I am with her.” She wore a “pantsuit” in support of Hillary, for Hillary is known for her pantsuits. Read more on CNN below, and check out our JTMP Facebook Page for video performance clips.