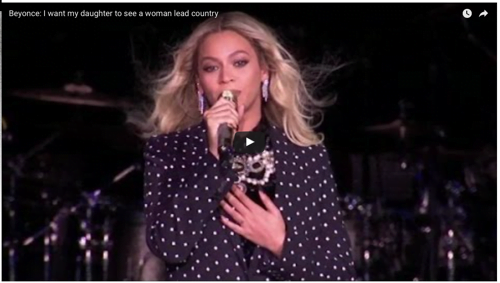 “There was a time when a woman’s opinion did not matter. If you were black, white, Mexican, Asian, Muslim, educated, poor or rich; if you were a woman, it did not matter,” Beyoncé said. “Less than 100 years ago, women did not have the right to vote. Look how far we’ve come from having no voice to being on the brink of making history again by electing the first woman president.”