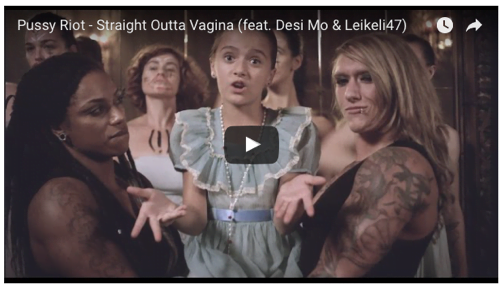 “Straight Outta Vagina” Video is Their “Answer to Trump”

OCT 28, 2016 – Activist musician collective Pussy Riot has released a response to Donald Trump saying when he meets beautiful women he “grabs them by the pussy”. In an interview with The Guardian, band member Nadya Tolokonnikova said, “This song could be considered an answer to Trump. But I believe the idea of powerful female sexuality is much bigger than any populist megalomaniac man … Vagina is bigger than Trump.”

Read more of the interview and watch the video on The Guardian at the link below: