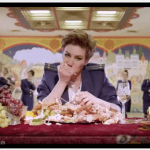 President Trump And Trump Jr.’s Claim Lawyer At Meeting Was “Not a Government Lawyer” Turns Out To Be False July 14, 2017 – JTMP has learned that claims by the President and his son that the lawyer, Natalia Veselnitskya, who was at the Trump Jr. meeting, was just a “Russian lawyer” and “not a government lawyer” […] 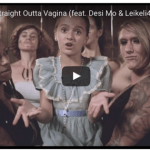 “Straight Outta Vagina” Video is Their “Answer to Trump” OCT 28, 2016 – Activist musician collective Pussy Riot has released a response to Donald Trump saying when he meets beautiful women he “grabs them by the pussy”. In an interview with The Guardian, band member Nadya Tolokonnikova said, “This song could be considered an answer to […] 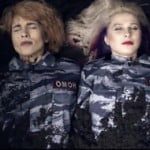 Art-Activist-Rock Band Releases First English Speaking Song With Dramatic Video FEB 19, 2015 – Pussy Riot, the art-activist-rock collective or “band” from Russia that is constantly protesting Putin and his regime, and constantly getting hassled, beaten, arrested and even jailed for it, have released their first English speaking song called “I Can’t Breathe” inspired by […] 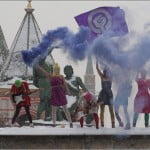 Two Musical-artist-activists Take Guardian’s Carole Cadwalladr on Tour of Moscow DEC 12, 2014 – Carole Cadwalladr has a great piece up on Guardian about Mashha and Nadia of Pussy Riot, and how they feel about being released from the penal colony, and their opinions on Putin shutting down the opposition party, invading Ukraine and all the crazy things […]

MAR 28, 2014 – Nadezhda Tolokonnikova and Maria Alyokhina of Pussy Riot have really been in the news a lot recently, I even heard Mika Brezhinski on Morning Joe say "Pussy Riot" the other day! The two activist-musicians have formed a NGO called Zona Prava "Law Zone" (Use Google Chrome to translate Russian),  a campaign to work for prisoner's rights and justice. Read about the NGO Zona Prava on Hollywood Reporter. Also, Pussy Riot will attend the Women In The World summit April 3-5, 2014 in New York. Read more about Nadezhda and Maria attending the WITW Summit on The Daily Beast.

FEB 24, 2014 – Tom Toles, the political cartoonist for the Washington Post, used his daily cartoon last week to criticize the Cossacks for beating up the members of Pussy Riot. The cartoon is below. (credit: Tom Toles/WaPo)

FEB 20, 2014 – The members of Pussy Riot, after being detained by police at the Sochi Olympics, staged a free speech action and protested against Putin and were attacked by Cossacks. People were pepper sprayed, beaten and whipped. See pics and read more on HuffPo here.

FEB 1, 2014 – Maria Alyokhina and Nadezhda Tolokonnikova from the activist-musical art band Pussy Riot that were recently freed from prison have been detained in Sochi, Russia and falsely accused of a crime, and are being detained and questioned without a lawyer. They had planned on an anti-Putin song free-speech action at the Sochi Olympics, and apparently Putin must have got wind of it because he shut it down. Read more on CNN.com here.

DEC 20, 2013 – Russia and Putin, in a PR campaign because of the Sochi Olympics and not justice, passed an "amnesty law" for non-violent offenders. It resulted in the 2 members of Pussy Riot being freed from prison 3 months early . Read more on USA Today.

June 5, 2013 – The punk rock, activist "art collective" Pussy Riot is the focus of a new film by Mike Lerner and Maxim Pozdorvokin titled "Pussy Riot – A Punk Prayer". The documentary explores what is really going on with the arrest and jailing of three women in Russia, who were merely exercising the right of free speech. The film has had great reviews and acceptance, and won a World Cinema Jury Prize from the 2013 Sundance Film Festival. The film is a six-month journey into the lives of the three women, Nadya, Masha and Katia and their ordeal with the Russian justice system facing charges of "hooliganism" after performing a 40-second free speech action at the Russian Orthodox Church in Moscow. The church lobbied heavily with the Putin government to come down hard on the girls, and they all 3 ended up with prison time. Their predicament has garnered worldwide attention, and has sent shock waves reverberating through Russia.

Nadya has been freed on appeal, but the other two remain jailed. In fact, there is a new law unofficially called the "Pussy Riot Law" that just passed, that will make the penalties even stiffer if someone else tries this in the future. The new "Pussy Riot Law" calls for one year in jail and a fine of $300,000 rubles ($9,400 US) for "public actions expressing clear disrespect for society and committed with intent to offend the religious feelings of the faithful." If one does it in a house of worship, the penalties get even worse.

Check out an interview with the filmmakers on The Daily Show with Jon Stewart the other night below (fast forward to end), the direct link is here. Also, check out the movie's website here to see the trailer and learn more about the film. Apparently Vladmir Putin likes Dire Straights, so we need to get Mark Knopfler to come out in support of the girls and say, "Free Pussy Riot!", and maybe Putin will pardon them. So Mark, please come out in support of freeing Pussy Riot!