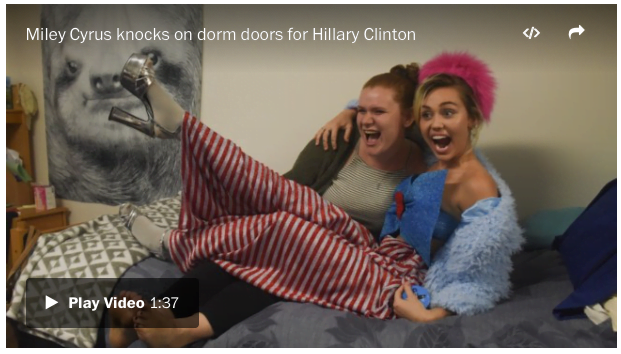 OCT 23, 2016 – Musical-activist Miley Cyrus surprised college students at GMU in Virginia, and hung out posing for ‘selfie’ with them, and urged them to Get Out And Vote, and really pushing for them to vote for Secretary Hillary Clinton for US President. Miley had originally made videos for Senator Bernie Sanders and totally “Felt the Bern”, but she has quickly started backing Hillary Clinton for US President. Read more about the fun event n WaPo below.