Random acts of music: Why politics and music rarely connect 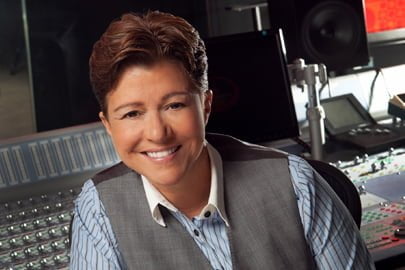 In Tena Clark’s pointed opinion, there has never been a good combination of political campaign-meets-music theme. Even when Bill Clinton used Fleetwood Mac’s infectious “Don’t Stop” during his winning campaign, Clark called it “the best of the worst.”

Clark should know. The founder, CEO and CCO of DMI Music has spent a lifetime in the music world since moving to LA from Mississippi in 1982. While she recently moved to Atlanta to open new DMI offices there, Clark, who says she lives, eats and breathes politics, has seen numerous failures trying to pair politics and music. Most are well documented, including Bruce Springsteen’s chiding of Reagan, Dole and Buchanan over the (mis)use of “Born in the U.S.A.” and Survivor’s lawsuit against Newt Gingrich for “Eye of the Tiger.” During the latest campaign cycle, the Dropkick Murphys famously tweeted about Wisconsin Governor Scott Walker, “@GovWalker please stop using our music in any way…we literally hate you!!! Love, Dropkick Murphys.”

So why is it so difficult for politicians to find that elusive song that speaks volumes for their campaigns?

“I don’t think there’s any time it’s ever been done right,” said Clark, getting right to the point.

She thinks that the current political state is no different, citing Donald Trump’s bizarre mash-ups as evidence, including his ill-advised pick of R.E.M.’s “It’s the End of the World As We Know It (And I Feel Fine),” leading the band’s Mike Mills to call him the “Orange Clown.” Trump has also been asked to cease and desist from Queen, Elton John, The Rolling Stones, Adele and the estates of Luciano Pavarotti and George Harrison, to name a few.

“I think those have been awful mashups. Obviously, it goes along with the personality. I just cringe at the RNC when different pieces would come on — I feel like either there is no one in charge of choosing these random acts of music or either the candidates themselves are showing their own personality, which is scary too,” she mused.

Clark and DMI are adept at pairing music with brands, having licensed millions of pieces of music, such as the United Airlines campaign that successfully used Gershwin’s “Rhapsody in Blue” as a calling card, so she sees ways that politicians can use music to their advantages, but sadly none do well.

The thing with politicians is, none to date has made an emotional connection. She uses Katy Perry’s involvement in the Hillary Clinton campaign as an example.

“I’m glad Katy Perry is out there for her. I’m glad that she’s involved,” said Clark, but she said the song that was chosen missed the mark.

She also mentioned Elizabeth Banks’ star-studded video of an a cappella cover of Rachel Platten’s “Fight Song,” a song that she said is big but wasn’t the right choice for a politician.

“They were using the song, ‘Fight Song.’ I thought that was so wrong on so many levels because that song, obviously it was a big song, but I’ve heard that song performed at every non-profit imaginable. It’s been overused,” she said.

“I think when a politician or a brand uses an existing song you have good and bad baggage. I think that you have to be very careful. I think what they’re missing in political campaigns is they’re not taking the music seriously. It’s looked at as entertainment.”

Clark noted that politicians are a brand, and that they need to approach the musical end of their campaigns as that brand and put some care into their choices.

“Now she has a song that’s been written called ‘Stronger Together,’ which is her campaign slogan. That was done by Jessica Sanchez. I have mixed feelings about it. I don’t think it’s a bad song. Do I think it’s a special song? Not for my ears. It sounds like pretty much every pop song. Did it hit the mark? To me, it did not hit the mark because if you look at the song in the young pop genre, that’s fine if you’re just trying to get and resonate with the young voter, but that’s not the case.”

Clark said that it doesn’t hit the target because, here, you have a candidate in her 60s trying to connect through a pop song. Still, she lauds the effort.

“Kudos to them. I’m glad they did an original song. That I am. I think that’s the right thing to do every single time. I really do because you don’t have the pre-existing baggage there,” she said. “What I feel like they missed is, I feel like they could have served a lot of masters with the right song and the right melody. Something that would resonate, that wasn’t gong to alienate the younger demographic, but also could be relatable to your 40s, 50s, and 60-year-olds. You can hit that mark. To me, they did not. It’s a very young pop sounding song. To me, I don’t find the emotion in it. I find it didn’t hit the emotional mark, it didn’t hit the connection mark, but it’s better than having an existing song.”

For the Trump campaign, on a theoretical basis, her advice would be to try to connect rather than chest thump.

“I would say that on the playlist you need music that makes you seem accessible. You need music that makes you seem you have a heart, you have a heartbeat. You can connect. Things that people like, that make them feel good. Not songs that seem like beating your chest, like ‘We Are the Champions.’ Not stuff that’s in your face because what you’re trying to do is you’re trying to get over those other voters that think you’re the devil incarnate, right?”

The only way Clark feels that politicians can really connect is if they put some thought beyond just a song. It’s something that DMI does on a daily basis.

“It is literally putting some strategy in place. We do a deep dive into marketing objectives, demographics, aspirational demographics, and just who that consumer is — where they live, work, and play.”

From there, DMI creates a soundtrack that truly fits. It’s a cue that she thinks politicians should follow in this plugged-in world.

“I think the song should be uplifting. They should be great melodies, some that are emotional, some that are just great feeling, and uplifting and makes you want to dance, makes you feel good, but also gives you a peek into who (the candidate) is,” she said.

“I think all of us now, in this day and age, we walk around with our own soundtrack because everybody pretends to be an expert in curation, whether they are or not. Now more than ever, when a person comes out or a brand comes out with music they look at that, ‘Oh, that’s who that person is. That’s who that candidate is.’ I don’t think Hillary is a poppy candidate. I think that she is a woman who is strong and who has made a huge impact with women around the world, and she has spent her life doing that. It needs to be about strength, and trudging forward, and making change.”

While Clark may be disappointed that Hillary hasn’t hit a home run with her music, she knows one thing for sure.

“She’s doing it better than Trump!”